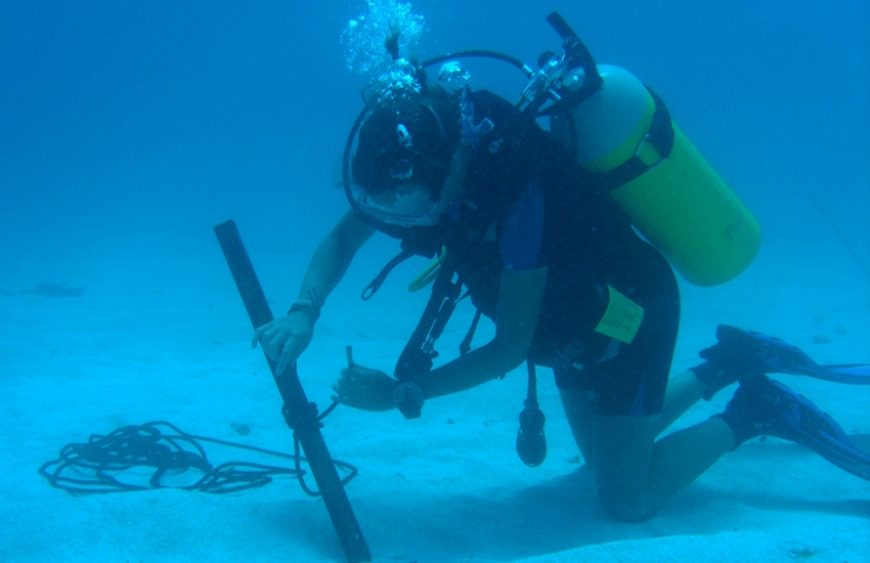 Climate Catch 22: How do we build capacity to adapt when we don’t have capacity to get adaptation projects? Featured

After the triumphant joining of the world in signing the Paris climate change agreement Small Island Developing States popularly known as SIDS are complaining that extreme bureaucracy is preventing them from accessing funds under the Green Climate Fund (GCF).

The latest edition of SciDEv reports that several heads of state from the Pacific SIDS have said their attempts to get money from the fund were foiled by what they describe as red tape, the need to go through accredited third party organizations and requests for scientific information the SIDS cannot provide.

GCF is a key financial mechanism of the United Nations Framework Convention on Climate Change (UNFCCC) the intergovernmental treaty that addresses the problem of climate change and under which the Paris summit was organized. The GCF is fully operational and has started to support developing countries in implementing their priority projects for a low-emission and climate-resilient future. Over 40 countries have pledged contributions to the Fund, which began its resource mobilization in 2014. The GCF has now reached approximately USD 6.5 billion in signed contributions.

However, countries wanting to apply for funding to the GCF have to go through an organization accredited to the GCF. There are currently 20 such organizations and they include banks, UN agencies and regional organizations. “We have to go through other agencies and that means we are held ransom to their desires and conveniences,” Anote Tong, the president of Kiribati, told SciDev “We are facing the situation where we need the funds more than anybody else, yet we’re not getting them.” The need for extensive documentation and for tracking of national performance on various socioeconomic indicators is an additional hurdle for accreditation.

Simon Wilson, a monitoring and evaluation officer at the South Pacific Regional Environmental Program (SPREP) a regional body that is accredited to the GCF, explains that accreditation requires presenting a very detailed story about the applicant and its intentions. “Many SIDS will struggle as they will not have the necessary policies, processes and track record required.” Once accreditation is complete, the GCF demands scientific proof for each project that the funds applied for are directly related to the harmful effects of climate change on the country. But this is difficult for small states who lack the research infrastructure to provide such information.”

Enele Sopoaga, the Prime Minister of Tuvalu, experienced these problems first-hand when he wanted to apply for funds. But so far Tuvalu has been unable to get accreditation for the fund, meaning his application for money has also fallen through. He is concerned that the fund’s focus on detailed adaptation and mitigation plans means small countries would have to hire experts to help them draw up their application. “Most of the money will go to consultancies..,” Sopoaga said.

Despite these constraints Seychelles Ambassador for Climate Change and Small Island Developing State Issues Ronny Jumeau tells me that 2 national projects for SIDS were included in the first 8 GCF investments announced in November this year. Maldives will be receiving a GCF funding of $23.6 million for Supporting Vulnerable Communities to Manage Climate Change Induced Water Shortages, and Fiji $31 million for Urban Water Supply and Wastewater Management. These two SIDS were very smart in working with accredited GCF agencies from the word go and submitted their projects as soon as the GCF opened.

Seychelles can be on a fast track to gaining funding from the GCF. Ambassador Jumeau has been appointed as the alternate member representing the SIDS to the board of the GCF. The SIDS' full member of the 24-strong GCF Board is Ambassador Feturi Elisaia, Samoa's Permanent Representative to the United Nations.

Nevertheless, we need to get our act together quickly and work with one of the GCF accredited agencies to develop and submit project proposals. Capacity to develop, summit and follow through with projects is now low in the Ministry of Environment, Energy and Climate Change. The Ministry is already receiving millions of dollars in donor funds through the Global Environment facility (GEF) and other funding agencies and has difficulty in absorbing more funds. It depends heavily on the UNDP, a UN agency that is accredited to the GEF, the GCF and other funding facilities.

Civil society has to play a much bigger role than it currently is in implementing larger donor funded projects. Civil society organizations have been poised for some time to become the key implementers in the environment sector but command and control policies, personal jealousies and incompetency have hampered the transition. A civil society leader told me recently “The Ministry of Environment has been too preoccupied with being a gatekeeper and keeping us out everywhere including on many islands. If it can work with us as a true partner Seychelles can truly be a sustainable place to live in, people will be happier and we will have more harmony rather than all this division”. This is one of the key challenges that must form part of the 100 day “Aranz Zot” campaign launched by the President.