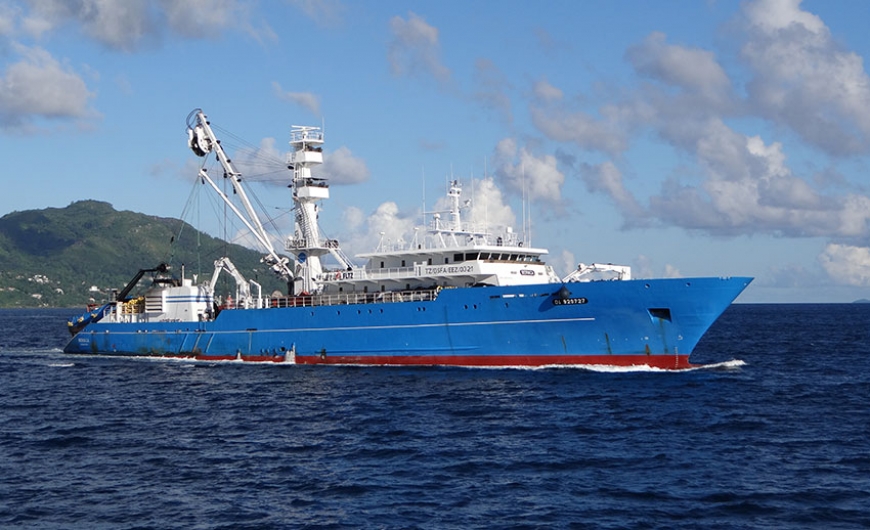 There is a grace period of ships which are already in service to comply with the convention requirements. (Photo: Nature Seychelles. Used only for illustration)
19 September

Today in Seychelles: Reducing our emissions at sea

Today in Seychelles: Seychelles will soon sign Annex VI of the MARPOL Convention, which binds a state prevent air pollution (oil and gas) from its ships at sea. TODAY spoke to the Maritime Safety Administration on the requirements and when it will be enforced.
by C. Ouma

Speaking to TODAY, Captain Joachim Valmot, Director General of Seychelles Maritime Safety Administration said, “Since Seychelles is already on the white list, it is imperative that we abide to the Annex VI of the MARPOL Convention. We have six tankers; five trading internationally and one locally therefore we have no choice but to align ourselves with such conventions because if we don’t then our vessels which are trading internationally might get detained through port control inspections,” he stressed.

The convention sets international air pollution requirements of Annex VI, establishing limits on nitrogen oxides (NOx) emissions and requires the use of fuel with lower sulfur content, protecting people's health and the environment by reducing ozone-producing pollution, which can cause smog and aggravate asthma.

Mr. Valmont said the convention provides a grace period for ships which are already in service to comply with the requirements as it will take time for the ships to dock and install the equipments required.

As to when Seychelles will sign the convention, Mr. Valmont said, “We have already received a cabinet approval and as part of amendment of all local legislation for example the Merchant Shipping Act, which will follow an approval by the office of the Attorney General and some that have to go through the National Assembly and other key stakeholders, we will sign the convention once everything is ready.”

The convention is also part of Seychelles’ drive to promote its adoption of the Blue Economy at an international level.

The requirements apply to vessels operating in U.S. waters as well as ships operating within 200 nautical miles of the coast of North America, also known as the North American Emission Control Area (ECA).

Non-U.S. flagged ships are subject to examination under Port State Control while operating in U.S. waters and the USCG or EPA may bring an enforcement action for a violation.