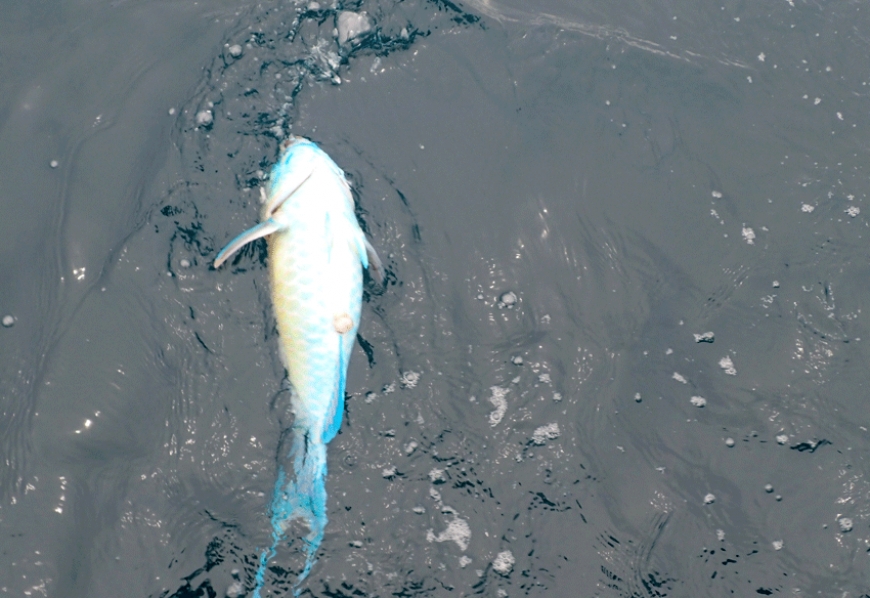 The media has reported the presence of about one hundred dead fish on the Anse Lazio Beach, Praslin suspected to be from a harmful algal bloom (HAB). The dead fish collected from the beach by the authorities were reported to be the species that are caught by artisanal fishers with fish traps.

Nature Seychelles' Chief Warden on Cousin Island Special Reserve says he observed that the sea was dark all the way from Constance Lemuria Resort to Grand Anse on Friday 27 and suspected an algal bloom had occured. This is the first algal bloom to be observed in 2020. The last one was reported in 2015.

HABs occur when colonies of algae grow out of control and produce toxic or harmful effects on people, fish, shellfish, marine mammals, and birds. Under the right conditions, algae may grow out of control, and a few of these “blooms” produce toxins that can kill fish. Other algae are nontoxic, but eat up all of the oxygen in the water as they decay, clog the gills of fish and invertebrates, or smother corals and submerged aquatic vegetation. Still, others discolor water, form huge, smelly piles on beaches or contaminate drinking water. Collectively, these events are called harmful algal blooms, or HABs. (Source: NOAA)

According to an article by Dr. Nirmal Shah on the 2015 HAB, algal blooms are rare in Seychelles, which is famed for crystal clear waters. "Indeed our sea is clear because it generally lacks nutrients. Sometimes events that are man-made, natural, or caused by climate change can cause an upsurge in nutrients which may lead to algal blooms," he says.

See report on the 2015 Harmful Algal Bloom in Seychelles.