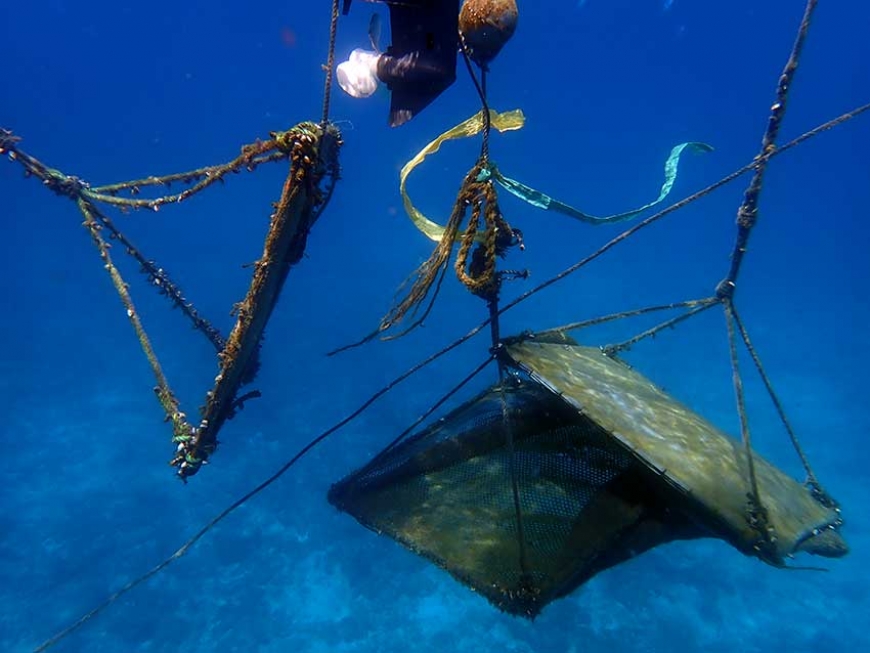 FADs are artificial floating objects with transmitters launched to attract large fish stock. FADs can be natural or artificial floating objects or rafts, which are made from a variety of materials such as wood, bamboo, pieces of net, shade cloth, plastic paraphernalia, rope, and plastic floaters. They can either be anchored in place or left untethered to drift on the ocean surface. GPS tags are used to facilitate location, and fishers use them as a highly effective method of improving catch rates and reducing operating costs, as tuna are attracted to the debris.

The European purse seine fleet in the Western Indian Ocean deploys thousands of purpose-built FADs in both international waters and the EEZs of the coastal nations like Seychelles by using ships called supply vessels. Juvenile tuna gather under and around any floating object and FADs are particularly efficient at aggregating tuna. When purse seiners encircle the FAD, large amounts of these juveniles are harvested.

An investigation by French state television broadcaster France 2 into the use of fish aggregating devices (FADs) to catch juvenile yellowfin tuna in the Indian Ocean, aimed to highlight the dark side of the industry to consumers. These devices also have negative consequences on other biodiversity and the marine ecosystem. FADs are linked to the bycatch of vulnerable non-target species such as barracudas, sharks, and turtles and the modification of tuna habitat.

FADS cause damage to coastal habitats from lost and broken-up structures that end up on beaches and reefs like on Cousin Island Special Reserve. To avoid this criticism the industry has been piloting biodegradable FADs or BioFADs. The EU whose fleet depends very heavily on FADs started a project in the Indian Ocean using specific biodegradable materials and designs for the development of non-entangling and environment-friendly FADs. 771 devices were deployed as a test.

Dr. Nirmal Shah, the CEO of Nature Seychelles says the interest by the EU in BioFADs is a subterfuge. “The push by the purse seining fleet to use biodegradable FADs is a Red Herring. They are still FADs and their main impact is the wholesale capture of juvenile tuna and also bycatch of non-target species. This is whitewash by the industry, and environmental organizations and governments have been hoodwinked by it. We have been asking for a phase-out of all FADs. Its high time this particular Red Herring is sliced, diced and disposed of”. 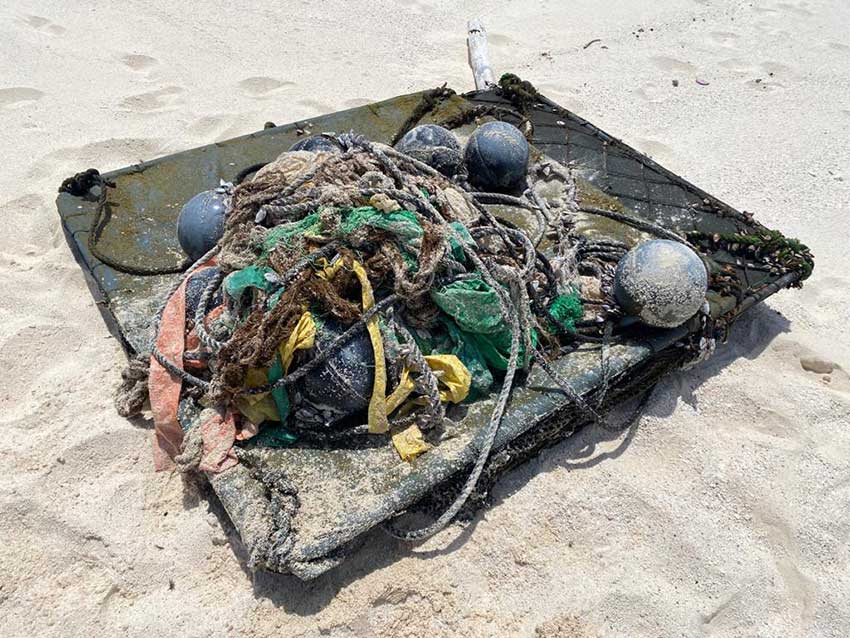 FADs lead to massive overfishing because of their efficiency. The Indian Ocean yellowfin is currently the worst managed yellowfin stock in the world. The IOTC has been warning about the overfishing of yellowfin tuna since 2015. Dr. Shah has spoken out on many occasions about this total disregard for sustainability. His report and media appearances about the overfishing by the EU fleet for the years 2017 and 2018 prompted the Government of Seychelles to have meetings with stakeholders to discuss a way forward. However, the EU has obfuscated the matter even when pressed by international marine scientists and European NGOs.

Shan concludes by saying, “FADs lead to ecosystem fishing where the harvesting of a target species has consequences and impacts all the way down the food chain. In the short term, they must be immediately classified as fishing equipment, licensed, and controlled. The vessels called supply vessels that deploy them need to be reduced drastically in numbers and licensed – they are fishing vessels under another name. We need to see a phase-out of FAD fishing. If the EU wants to talk about destructive fishing they don’t have to go far to see it – they are proponents of it. For the sake of future generations of Seychelles and the health of the ocean we very urgently need the EU fleet to transit to sustainable tuna fishery and dealing with FADs is an important part of it.” https://environmentinseychelles.com/2020/11/22/the-blue-gold-rush/

Author: Dr. Nirmal Shah
Nirmal is a well-known and a passionate personality in the Seychelles environmental and sustainability scene having an encyclopedic knowledge of Seychelles biodiversity as well as a wealth of experience in environment management. He has worked in senior positions in the parastatal, government, private and NGO sectors and consulted for international organizations such as the World Bank, IUCN, UNEP, Sida and UNESCO. He has appeared on CNN, BBC, Radio France, PBS, NBC, ABC, SABC and others. https://environmentinseychelles.com/