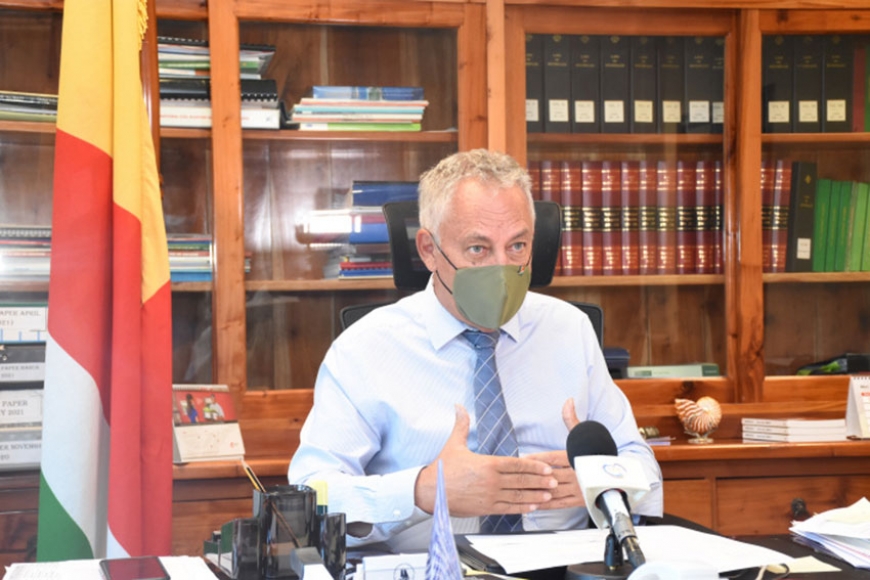 (Seychelles Nation 20.5.21): Eight Chinese fishing vessels have been grounded at Port Victoria after they illegally anchored themselves in our territorial waters on Friday last week. Last Friday authorities found out there were several ships who weren’t identifiable anchored near Providence island.

Upon learning of this President Wavel Ramkalawan ordered the coast guard to conduct an investigation. Upon surveillance they found out that the eight ships were trawlers. They were then boarded by coast guards and representatives of Seychelles Fishing Authority (SFA) to investigate if they were fishing illegally in our waters, but they did not find any evidence.

Speaking on this matter in a press conference, Designated Minister Jean François Ferrari, whop also holds the portfolio for fisheries and the blue economy, said the situation in itself is bizarre as they anchored in our waters and did not make any attempt at informing border security.

He noted that one of the captains on the vessel said that bad weather was the reason they had to anchor near Providence island.

The minister also added that two of the shipping vessels got flagged in Senegal for illegal fishing which raised further suspicion on their intentions in our waters.

He stressed that the invitation was amicable and is in no way an arrest.

Upon arriving at the port, health authorities, immigration, custom and SFA went on board to do their due diligence.

The minister added that since all eight ships are registered to the People’s Republic of China, they have sent a letter to the Chinese embassy to explain the situation to them.

“The government and myself put great importance in stopping illegal fishing. If we see eight shipping vessels who just appear in our waters without notification we will conduct an investigation to make sure that everything is being done legally,” said Minister Ferrari.

He added that if the four ships are not able to provide identification then this will turn into a legal matter.