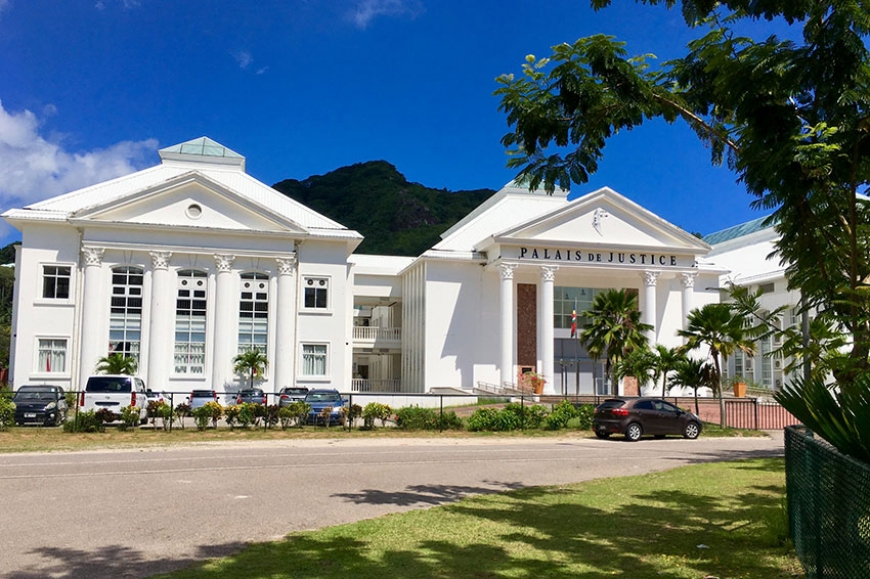 (Seychelles Nation 07 August 2021) A fine of R2.5 million imposed earlier this week on Mahalingam Kanapathi, a 32-year-old skipper and master on boarda foreign vessel found fishing illegally in Seychelles waters, sends out a clear and strong message that such acts will not be tolerated nor will they be taken lightly by the local authorities.

The Sampath7 from Sri Lanka was caught fishing without a valid fishing license on June 1, 2021.The Supreme Court of Seychelles earlier this weekimposed the hefty fine on the skipper who has 14 days from August 4 to pay the fine otherwise a two-year prison sentence will be applied. Considering that this is the first time that the court imposes such a hefty fine under the Fisheries Act (2014), this ruling is seenas an important step in reinforcing the country’s position against illegal, unreported and unregulated (IUU) fishing.

In a press conference held yesterday afternoon at theSeychelles Fishing Authority (SFA)conference room, the authority said it is satisfied with the rulingand the stance of the judiciary in this particular matter.

Monitoring, control and surveillance manager Johnny Louys is especially pleased with the verdicton account of the frequency of cases and the huge costs incurred by the state in patrolling and monitoring Seychelles’ vast exclusive economic zone (EEZ).

“The cost implication for such operations is high on the state. Just on the SFA it is around R2 millionand considering that other agencies are involved, for instance the Seychelles Coast Guard, the cost for interception can run up to R1 million per operation or even more. We also have the Seychelles Air Force who gets involved with such operations at a cost of over €1,500 per hour,so one of the biggest benefits is that there is some cost recovery with such a huge amount being imposed on the guilty party. Additionally, Seychelles’ current economic state is something that should be considered as well, so cost recovery is important,” Mr Louys said.

“We should also bear in mind that while the fine can be seen as huge or disproportionate, the commercial value of the catch should be considered as well here. And usually the catch is of high value and we know that the catch we confiscated is one of the highest valueson the market on which we suspect it would have been sold,” Mr Louys noted.

In addition to the fine, the vessel, which was intercepted by the Seychelles Coast Guard on June 1, 2021 around 100 nautical miles south east of Port Victoria, was also forfeited with its gears. A total of 1.7 tonnes of catch were recorded onboard, including a number of shark species, bonito, yellow fin tuna, rainbow runner, and some salted sharks which could not be identified. Due to the condition of the catch however, they were deemed unsafe for consumption and could therefore not be auctioned off domestically.

Legal advisor at SFA Yannick Roucou stated that despite the fact that fish on board has no major commercial value whether in terms of quantity or quality, the ruling is important for Seychelles because it values the sustainability of its resources and through such acts, perpetrators defeat the efforts of the SFA and other agencies concerned with maritime resources.

Since 2015, the SFA together with its partners have intercepted 23 illegal fishing vessels within the Seychelles waters and of the 23, around 80% have been Sri Lankan vessels.

Over the past year, the SFA has spent around R2 million to intercept, prosecute and maintain these vessels and their crew.

The Sampath7 vessel was interceptedafter a local fisherman advised the authority that a vessel suspected to be fishing illegally in Seychelles’ waters had been sighted. The Seychelles Coast Guard was advised and an asset deployed to intercept the vessel which was caught on the same day.

The vessel was escorted back and reached Port Victoria on June 2, 2021. After a first inspection, authorities had sufficient evidence that suggested the vessel had fished illegally. Crew members were arrested on June 4, 2021 and remained in remand custody from June 4-16.

The investigation took place from there led by SFA officers with support from the Seychelles police and the Seychelles Bureau of Standards (SBS) before the case was handed over to the state prosecutor at the Attorney General’s office.

On June 16, the captain was charged with the offence of fishing without a valid license in the Seychelles waters, and on July 30 he pleaded guilty. On August 4, the court delivered its final judgment in the case.

In previous cases, there were other mitigating factors that the judge took into consideration and fines much lower than those stipulated by the Fisheries Act (2014) were imposed.

As per Section 58 of the Act, where a foreign fishing vessel that is not licensed in accordance with Section 11 is used for fishing or any fishing related activity in Seychelles waters or for poaching sedentary species on the continental shelf, the owner and master each commits an offence and is liable for conviction ofa minimum fine of not less thanR2,500,000 for vessels not exceeding 24 metres.