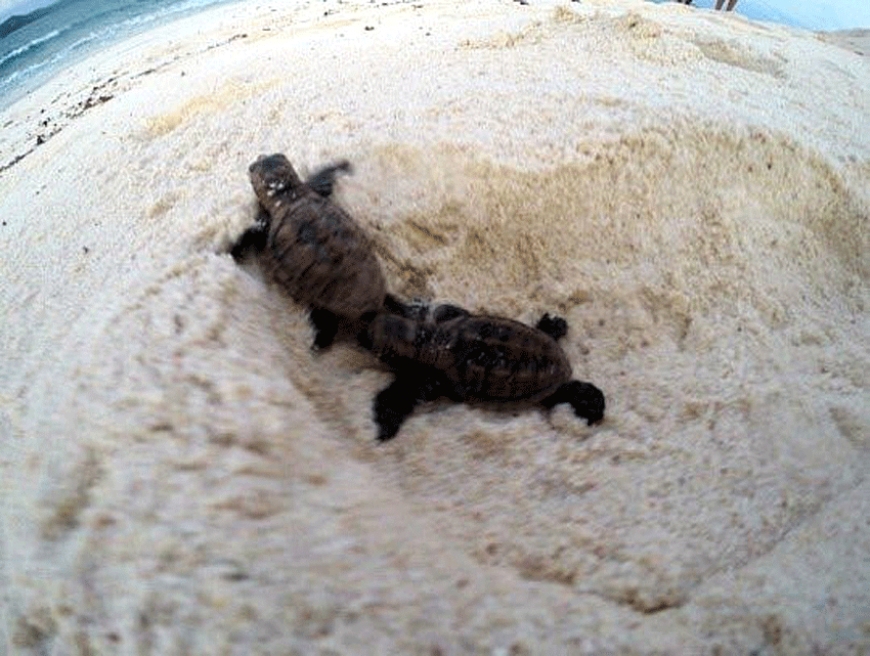 Packing my bags and saying goodbye to Mahe, I did not know what was ahead for me. The first time I laid my eyes on Cousin Island, I knew at that moment that a new adventure awaited me. With its golden sand, silver clouds and its crystal clear water. Cousin Island is its own little paradise. I would say its heaven on earth.

After spending an unforgettable 28 days on this amazing Island, I knew that it was one of the best decisions I could have ever made. I am only 17 years of age and I have come to realize that protecting/ conserving nature is what I want to do for the rest of my life.

If I had doubts before, Cousin Island reassured me that I had chosen the right path. Waking up to the sound of birds whistling on the front porch, with the wind blowing softly through the leaves in the trees making me forget about the mosquitos which can bother you from time to time. Sun shining brightly, the day starts with tasks like Seychelles Magpie Robin monitoring or raking the shelter for the tourist coming down later on for a mind blowing tour of the island.

The island itself is habitat for different kinds of species stretching from land to the ocean. As it is one of the most important nesting site for hawksbill turtle, I myself had the opportunity for the first time to see hatchlings making their way to the sea where they will be spending the rest of their life. Being able to help them reach their goal, protecting them from the ghost crabs so they could make it across safely into the water was one of my proudest moment.

Leaving the shore and heading towards the forest, I had the chance to see one of the oldest living creatures in the world and that is Mr. George which is a giant land tortoise. There are around 60 of them on the Island. Given their size they have an extraordinary ability to camouflage themselves within the environment. It’s quite fun but hard trying to spot them.

Cousin Island is one of the most beautiful, unique island I have ever seen. I had the time of my life and I am hoping that I can come back again to be a part of it all.