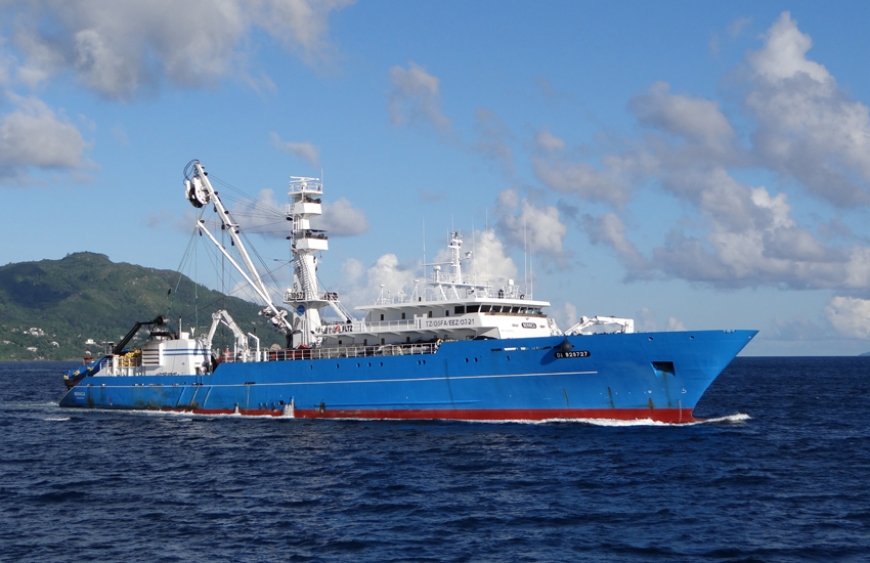 TODAY Newspaper; 6th July 2017 by S. Marivel: Canadian online news outlet Undercurrent News says in an article published on 4 July, that the Seychelles' fleet “will have to stop fishing at the end of September.” The remaining amount of tuna catch for 2017, totals about 12,925t, to be counted from 20 May. This represents a quota of 994t of yellowfin tuna quota for each vessel.

Nirmal Shah, chairman of the Seychelles Fishing Authority (SFA) says they are “currently working on the situation to allocate the quota equitably and come up with a monitoring system.”

While Mr. Shah did not want to confirm any dates by which yellowfin tuna fishing may discontinue, or which vessels are overfishing until the situation has been properly assessed, he did confirm that “...it is a very complicated situation because our quota deals with Seychelles flagged vessels and right now we do not know which vessels have already met the quota.”

He also explains that to his knowledge there are a number of vessels who “have gone on an Olympic race to beat the quota and fish as much yellowfin tuna as possible before anything is enforced,” referring to the signing of the Indian Ocean Tuna Commission’s 15% yellowfin tuna quota.

“The article on Undercurrent News deals mostly with foreign vessels however the quota applies to vessels that are registered here and operating in our waters under the Seychelles flag,” he clarified.

The fleets may have to stop fishing by end of September in order to respect this quota and ensure it is not exceeded. Overfishing could mean destabilising the fish market, threatening food security, and affecting countless jobs related to the fishing industry in the long term.

Head of the Fishing and Boat Owners Association (FBOA) Keith Andre confirms that there are currently 13 foreign vessels which operate under the Seychelles flag in the Indian Ocean. He also says he has been in touch with the SFA since the news broke out online in order to offer his support for solutions, one of which includes having a better monitoring system in place.

“I did email Mr Shah on the issue, and while the semi-industrial vessels are not affected by this, the purse seiners have been informed that they have 994 metric tonnes of yellow fin for the rest of 2017 and out of that SFA has a buffer of 10% to be distributed at a later date,” Mr. Andre explains.

The issue now, according to Mr. Andre, is to monitor how long it takes a vessel to “eat the quota,” clarifying that if a purse seiner eats up the amount of yellowfin tuna it has for the rest of 2017 in just a month, it would defeat the whole purpose of a yellowfin tuna quota meant for sustainable fishing – by very definition a system of fishing that is more long term.

Another issue is parallel registration, whereby vessels are registered both under Seychelles and its home country, allowing them to fish to the limit under the first registration, and then fish again under the second one – causing overfishing through this loophole.

“We need efficient monitoring at sea and in ports at landing sites,” Mr. Andre adds.

Nirmal Shah told TODAY that by next week a proper assessment of the situation should be complete, after which the SFA will be able to pronounce itself on which vessels should stop fishing if necessary.