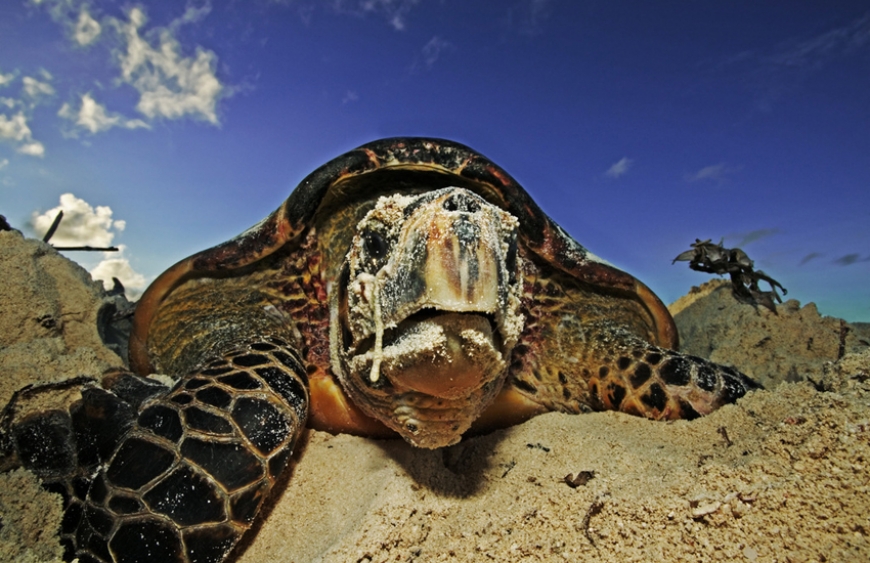 Should we rethink our wish to eat turtle meat?

TODAY Newspaper; 24 January 2017 by Christine Marimba: It was during a symposium held at the Natural History Museum during the Sea Turtle Festival that some people suggested that eating the meat of sea turtles was cultural and the ban on killing the creatures should be lifted. Alarming news from Madagascar recently should perhaps give us pause.

The Health ministry in Madagascar announced last week that eight children died recently after eating turtle meat. According to the authorities, the children’s death were as a result of acute food poisoning, believed to be as a result of eating the turtle meat.

A Health ministry representative said that 27 people suffered food poisoning, of which eight died between 8 January and 9 January, after eating the sea turtle meat.

The incident, which took place in northern Madagascar, comes closely on the heel of eight people dying from acute food poisoning in the same province, Antsiranana, after eating contaminated sardinella fish in December.

It is not known whether there are any deaths related to consuming turtle meat in Seychelles. Nevertheless, caution should be exercised as the creature is known to consume toxic algae, which can prove lethal to people who then go on to eat the flesh of the animal. 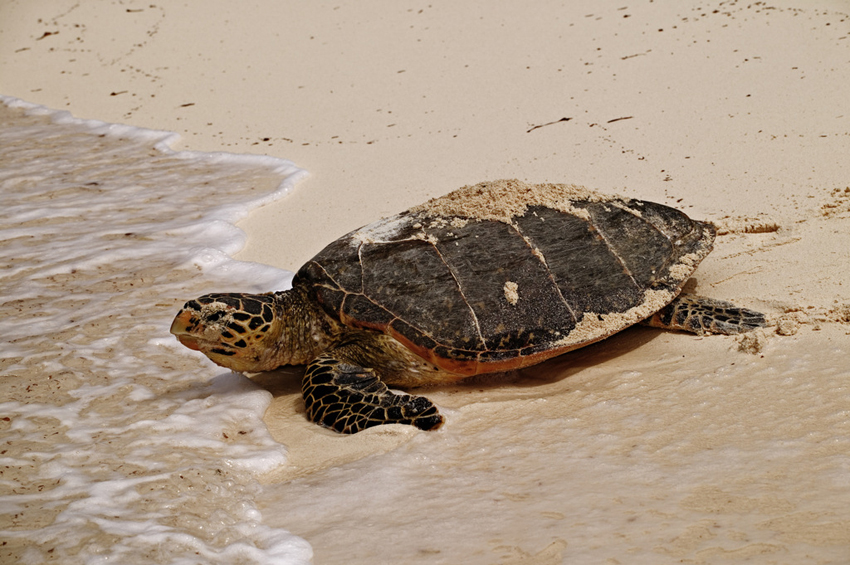 Despite current international regulations which Seychelles abides to, sea turtle products (e.g., meat, adipose tissue, organs, blood and eggs) remain common food items for many communities worldwide. The consumption of sea turtles, however, may have adverse human health effects due to the presence of bacteria, parasites, biotoxins and environmental contaminants. Reported health effects of consuming sea turtles or their eggs infected with zoonotic infectious agents include diarrhea, vomiting, and extreme dehydration, which in several occasions has resulted in hospitalisation and death.

Other zoonotic agents found in sea turtles which may also represent a risk to human health include Escherichia coli (E. coli) and Cryptosporidium sp. Human fatalities and illnesses induced by poisoning from eating marine turtles have been reported in certain parts of the world, such as Madagascar.

Not all turtles are poisonous, but when a toxic turtle occurs in the diet of a community, it usually impacts groups of people including entire families with alarming effects. How individual turtles become toxic is not exactly clear. It is generally believed that the toxin(s) originates in the invertebrate or algal food species of turtles. Similarly, the tissues within the turtle where the toxins accumulate have yet to be identified.