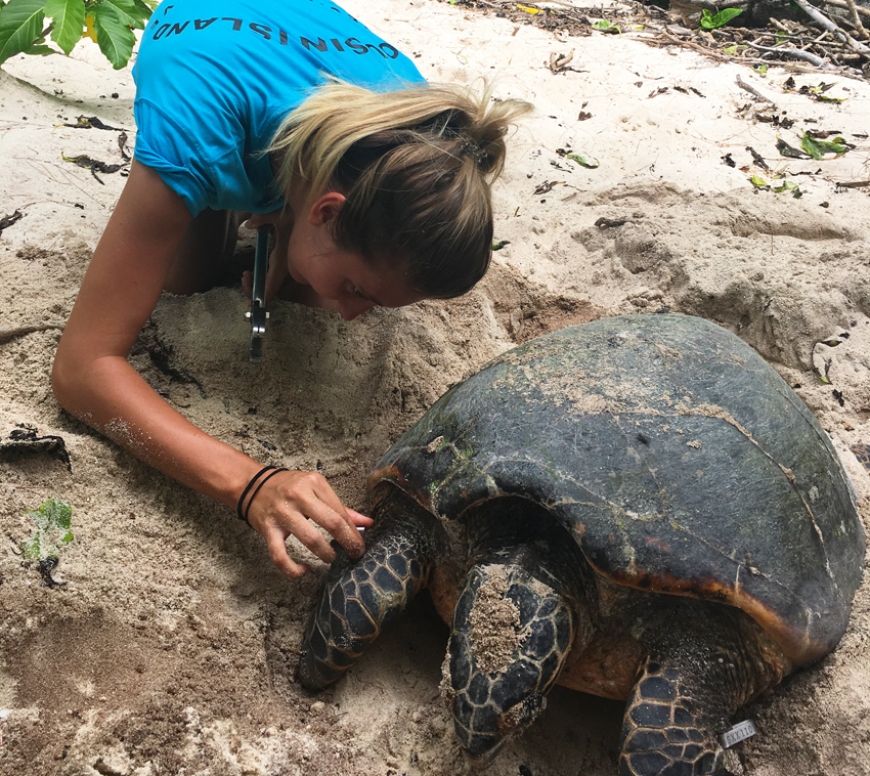 This is my first time to Cousin Island as a helper during the hectic turtle season. Although I had no idea what I was walking into, the hawksbill turtles have most definitely exceeded my expectations. During my first month here I had two turtles come on to the beach at the same time time to lay their eggs. They both made their way up the beach into the vegetation near the path. The bigger of the two started digging immediately and without hesitation started laying quite quickly.

The smaller turtle was having a much harder time. She dug one partial egg chamber and then moved on, making her way around the turtle that was laying. As I had positioned myself under the bush with the laying turtle to get her measurements and tags without disturbing the smaller of the two. The turtle that had yet to find the perfect spot headed towards us. 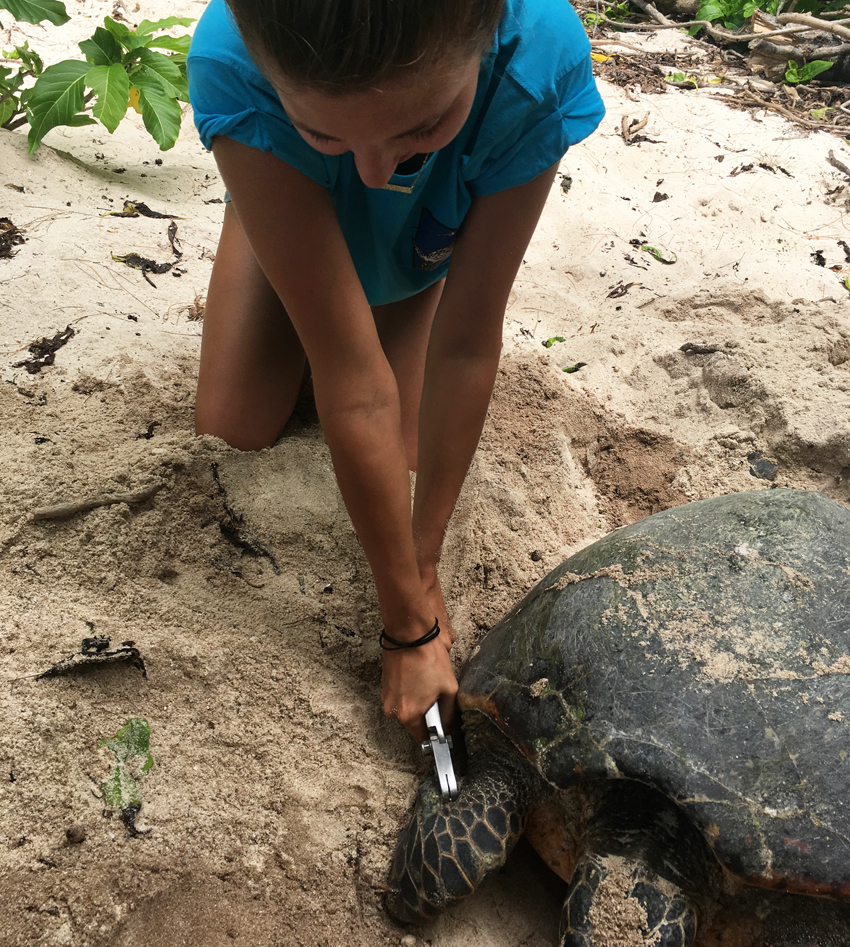 With training from the Science Coordinator, Brittney can now tag turtles independently photos by Kara Beggs

As I slowly moved back as far as I could, as to not scare her or injure myself or the turtle, she proceeded to haul her entire body up and over the other turtle’s head and part of her carapace who was still laying eggs. Much to my surprise the turtle who was laying did not stop nor did she notice that another turtle had moved itself over her as if she was just another rock on the beach.

I think this was so interesting to me as although I had learned that a female hawksbill turtle goes into a trance-like state when she is laying I could not believe that it was so strong she wouldn’t even notice another turtle going over her head.