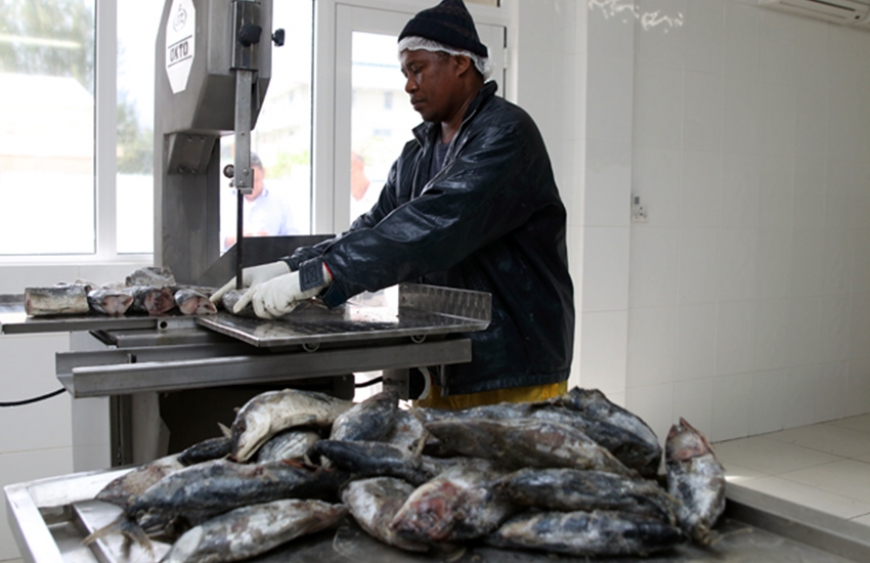 Seychelles Nation; 2nd February 2018: The Seychelles and the European Union (EU) have signed and formalised the Agreed Records of the EU-Seychelles Joint meeting. The two-day meeting was conducted on January 31st and February 1st wherein representatives from the European Commission and those from the Seychelles Fishing Authority (SFA) met to discuss the agreement which allows access for EU vessels in our waters and EU support to the local fishing sector.

It was in 1987 that the first Fisheries Partnershipm Agreement  between the EU and the Seychelles was signed. The current and revised agreement protocol in place was concluded in 2006 for the period of 2014 to 2020. Yesterday's Agreed Records was signed by Roy Clarisse, the Special Advisor for Fisheries at SFA and Alan Gray, the International Policy Officer for trade negotiation and sustainable fisheries partnership at the European Commission.

Both parties put emphasis on the strength of collaboration between the two parties with Mr Gray even describing the Seuychelles as the EU's "strongest ally in the region." The joint commission meets annually to discuss pertinent issues, evaluate projects and establish the amount of capital to be fnuded to the local fisheries sector.

This year's grant has come up to a total of €3.6 million and this includes a portion of 2017's unutilised budget. Dr Nirmal Jivan Shah, the chairman of SFA confirmed that €1.6 million will directly finance fisheries infrastructure in the country, with €600,000 dedicated to updating the processing plants located in Providence.

"We acknowledge that there are various problems with these plant and this funding will make sure they are brought up to par and are functional," Shah explained.

Another project detailed in the Agreed Records is the implementation of an observers scheme which will facilitate and encourage the presence of local observers onboard European fishing vessels who are fishing in Seychelles' Exclusive Economic Zone (EEZ).

Mr Shah insisted that the above is extremely important in managing the fisheries sector as the observers role consists of quantifying the amount of fish and by-catch caught and where they have been caught.

On his side, Mr Gray said one of the important projects is the implen=mentation of the Electronic recording and reporting System (ERS) aboard these vesseles which will elimninate the need for a manula logbook. This was in  harmony with Mr Shah who described the concept as ideal for SFA due to the fact that the soft copies will lessen the amount of paperwork.

Read 1694 times Last modified on Tuesday, 06 February 2018 06:16
Rate this item
(0 votes)
Tweet
More in this category: « Should we rethink our wish to eat turtle meat? Special and stunning sightings on our designer reef »