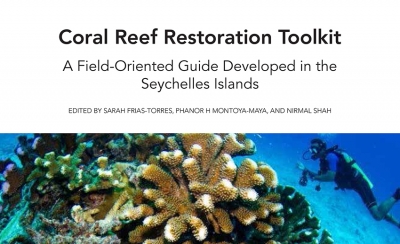 [Seychelles, December 10, 2018] The toolkit derives from a ground-breaking large scale coral reef restoration project the NGO has carried out in the Seychelles, an archipelago of 115 islands in the Indian Ocean off of East Africa.

Nature Seychelles, a leading NGO in the Western Indian Ocean, has announced the launch of a coral reef restoration toolkit developed in the Seychelles today. 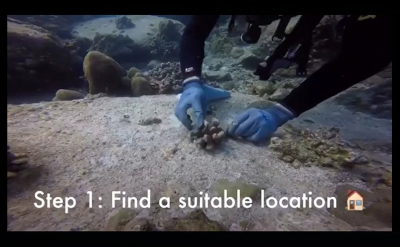 Video: How to transplant corals onto a degraded reef using coral gardening

Nature Seychelles uses the coral gardening method to restore coral reefs affected by bleaching. Jake Letori, one of our Reef Rescuers volunteers illustrates the last stage of the method in this video  to demonstrate the coral restoration process happening on Felicite Island, Seychelles:

Acroporid and pocilloporid colonies have been growing in a mid-water nursery for the past 12-months. My role was to help move these corals from the nursery and onto the reef. Here’s what you need to do.

[Step 1] Find a suitable space for a coral colony, preferably away from other corals. Make sure the position is a good fit, not easily dislodged by a hungry fish and secure enough to withstand wave and tidal movements.

[Step 2] Once in place you need to scrub. Scrubbing the reef surface will remove any algae and encrusting organisms that could slow coral growth and prevent you from cementing the coral.

[Step 3] Transplant your coral. We use the piping technique, maneuvering around the coral and cementing points of contact between coral and reef substrate. 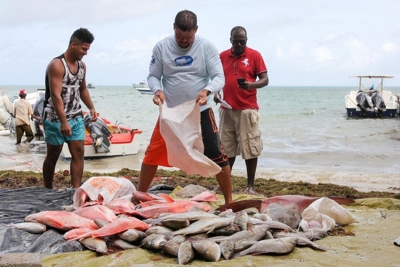 Seychelles News Agency: An association of local fishermen from Praslin, the second-most populated island in Seychelles, has embraced a project that will help maintain the fish stock at one of the island’s bays, said the chairperson of the association. Darell Green said the project aims to conserve part of the Baie St Anne by limiting fishing activities from taking place in that area for a period of time.

Spearheaded by Praslin Fisher’s Association, the project is an example whereby fishermen take the initiative to develop sustainable fishing.

The coordinator of the project, Jude Bijoux, said the area chosen will be demarcated and a date will be fixed for when the implementation starts.

Bijoux said that this is “the first time fishermen of the island has agreed voluntarily among themselves to bring a proposition to limit fishing in an area for a period of time to allow the fish stock to replenish.”

A local fisherman, Wilfred Morel, said that this will benefit all fishermen on the island as it will ensure that there is fish to catch in the area even during the most difficult season – the south-east trade wind. This period which goes from May to October can make the sea rough especially along the coasts exposed to the east and south and this can negatively impact the availability of fresh fish on the market.

The Ministry of Fisheries and Agriculture has welcomed the project. The principal secretary of the fisheries department, Jude Talma, said that this is a very good initiative on behalf of the local fisherman.

The chief executive of the Seychelles Fisheries Authority, Ronny Renaud, said that the authority supports this initiative. He added that the fishing community is through the project supporting SFA in managing its own fishing activities.

Renaud said that other communities have expressed their willingness to conduct similar projects and this is an example they can follow.

Prior to the implementation of the project, fishermen on Praslin have agreed to sign an agreement not to fish within the demarcated area. Fishing activity in the area to be demarcated is expected to close on November 1 each year and reopened on April 30 the following year.

The project coordinator, Bijoux, said that the Praslin Fisher’s Association intends to extend this project on other islands and the next one will be along the reef of Anse Reunion on La Digue, the third most populated island. 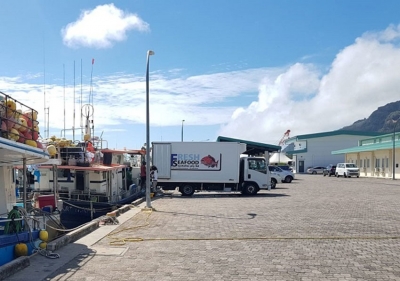 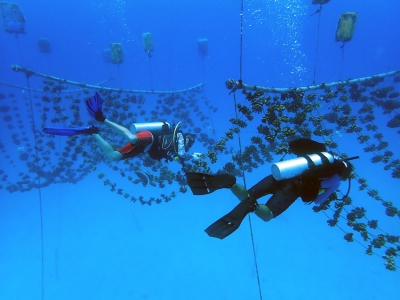 Watching, nurturing and documenting the growth and development of corals in a nursery, from a 5 cm fragment to a colony as big as a football, is truly rewarding for the Nature Seychelles' Reef Rescuers team. The nursery and all the work that goes into its care is an essential part of the reef restoration process, helping prepare coral fragments for the reef. 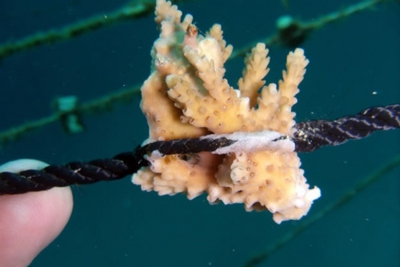 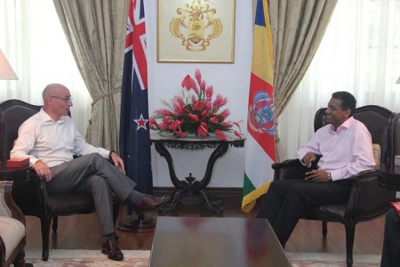 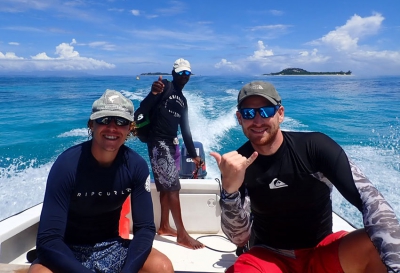 "3, 2, 1…let’s go,” says Paul, one of the Technical and Scientific Officers for Reef Rescuers, as he signals we are ready to dive. 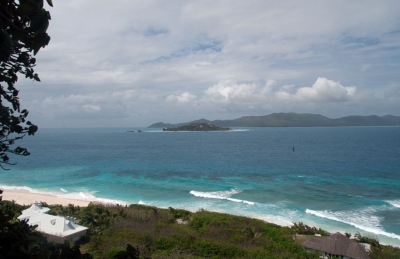 How can Seychelles transform itself into a blue economy state?

The People 10 April 2015: The government is pushing forward on transforming Seychelles into a Blue Economy. To be honest, the concept is still unclear to many outside the Government. We asked civil society leader and environmental & sustainability expert Dr.Nirmal Jivan Shah for his opinion. 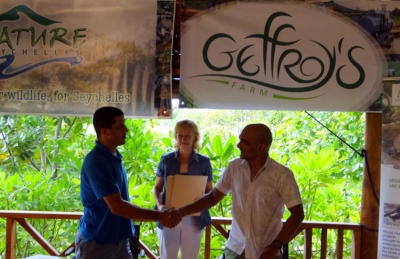 The‘2030 Agenda for Sustainable Development’ will require a new culture of “shared responsibility,” described by the UN Secretary-General as based on agreed universal norms, global commitments, shared rules and evidence, collective action, and benchmarking for progress.