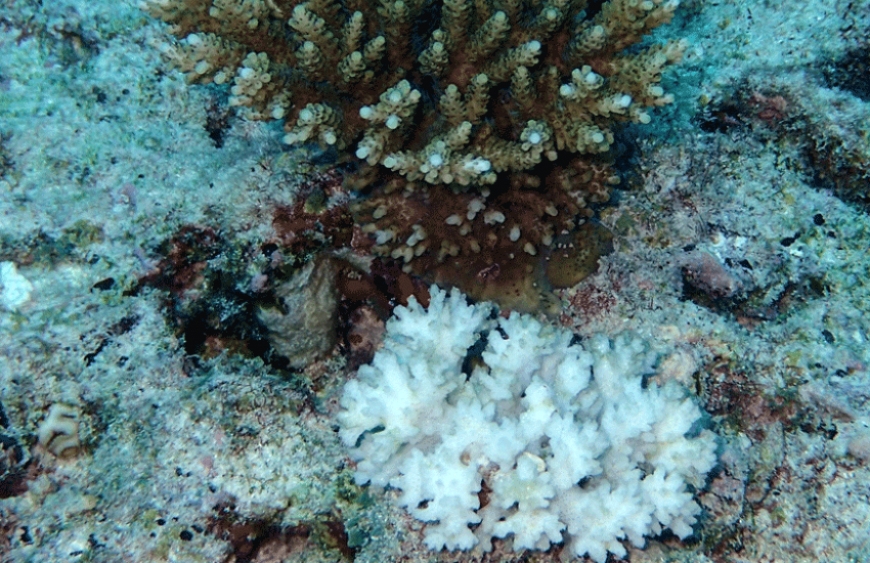 Its official, our oceans are experiencing a coral bleaching event on a global scale. Since October 2015, scientists of the National Oceanic and Atmospheric Administration (NOAA) have been reporting high ocean temperatures across Hawaii and the Caribbean, causing widespread coral bleaching. The phenomenon has now reached the Western Indian Ocean, which has been on coral bleaching alert since the 4th of January this year.

Under conditions of increased temperature, algae decline and release harmful compounds. When this happens the corals expel their algae partners in a process called bleaching. The loss of the algae leaves the tissue transparent, revealing the bright white skeleton and giving the coral the appearance of having been “bleached”. Without algae the corals lose a major source of energy and become increasingly susceptible to disease and starvation.

This year’s bleaching event is predicted to be of equal (if not larger) magnitude than that caused by the 1998 El Niño which destroyed 97% of coral in the Seychelles. In the Western Indian Ocean, the first bleaching observations of the year were reported from the Comoros in the East Mozambique Channel. On January 8th, scientists working on Aldabra atoll also reported coral bleaching around and within the atoll.

This is how a healthy coral reef should look like

Nature Seychelles is not taking these predictions lightly. For the length of the bleaching season, the Reef Rescuers team teamed up with Nature Seychelles staff on Cousin Island Special Reserve to survey the reef to see how it responds to rising temperatures. Since last year we have been producing a bi-weekly coral bleaching monitoring report which we send to the authorities – we are the only organisation that has been doing this as far as we know.

Considering that the newly transplanted colonies in the Cousin Island Special Reserve were grown from donor colonies that had survived the 1998 bleaching event, they have the potential to better resist to stressful warm conditions.

Surveys along the restored coral reef site of Cousin have so far shown less than 1% bleaching in January. However, the reef is displaying early signs of thermal stress: a few small colonies of branching corals have been observed to be fully bleached along the site.

The year keeps getting hotter and hotter photo courtesy of cordioea.netbleachingalert

2015 was reported as the hottest year ever, and projections for 2016 are to be hotter still. The last three years have been among the hottest ever recorded. High temperature conditions added to a strong El Nino are currently making the risk for coral bleaching very high in the WIO and in the Seychelles.

The plan includes procedures for temperature and bleaching risk predictions, along with ecological assessment and communication of mass bleaching impacts. We will conduct multiple bleaching surveys during and up to 8 months after the bleaching, in order to monitor ecological impacts as well as to follow the recovery of the reef when conditions return to normal.