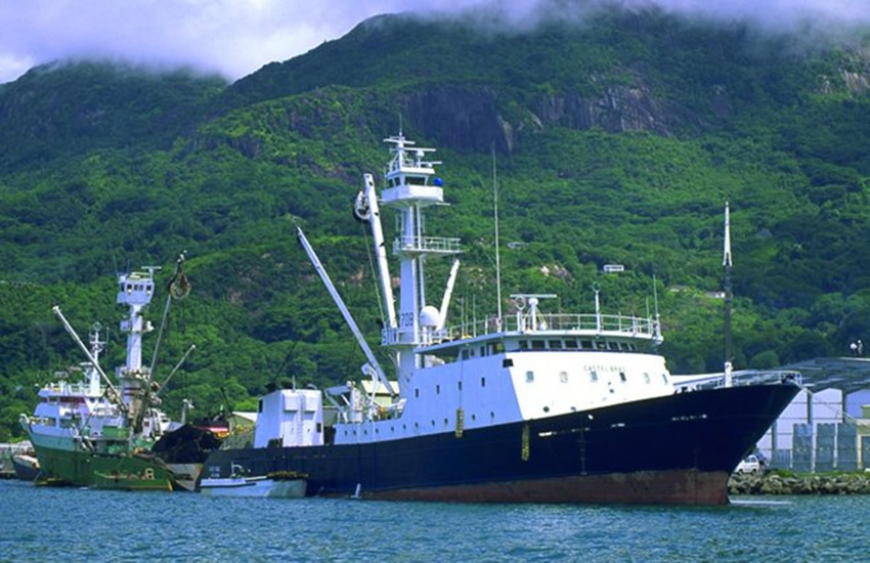 Last year (2008) I was surprised to see the entire Western Indian Ocean tuna purse seining fleet anchored around Victoria harbor. I learnt later that they had come to shelter from the Somali pirates.

The catches of this fishery fell by 30% last year because of piracy. I find it ironic that Somali piracy has its roots in fishing piracy or IUU fishing by foreign nations in Somali waters. This is a dirty little secret that lies at the core of the problem.

Andrew Mwanguru of the Seafarers Assistance Programme says that illegal trawlers have been fishing within the territorial waters of Somalia since the Somali civil war. A struggle then began between local fishers and the foreigners. The crew of the foreign trawlers used strong arm tactics even pouring boiling water on locals and crushing the smaller boats and killing fishers. Mwanguru says it is little wonder that the locals began to arm themselves.

The cycle of warfare has been escalating ever since. At one time there were up to 800 illegal, mostly EU and Asian, fishing vessels in Somali waters. Once the Somalis started to seize the illegal vessels they were approached to ransom these back. Thus, their appetite for other targets started to grow.

The problem is exacerbated by the poverty in the country. According to Oxfam over three million Somalis need assistance and one million have fled their homes. Oxfam’s Robert Maletta says, ” piracy is a symptom of deeper issues ..”

Brett Schaefer, a Fellow at the Margaret Thatcher Center for Freedom argues for a multi pronged approach. This includes ground and sea military action, recognizing the failure of trying to impose a centralized state authority, helping local Somali authorities to improve governance structures and increasing international cooperation to curtail such matters as safe ports for the pirates and flow of their money.

Article originally published in: “People and the Environment”, No. 2, June 2009.

More in this category: « Seychelles and the blue economy at Rio+20 Corals and whale shark adventures on Nature Seychelles’ Reef Rescuers program »
back to top