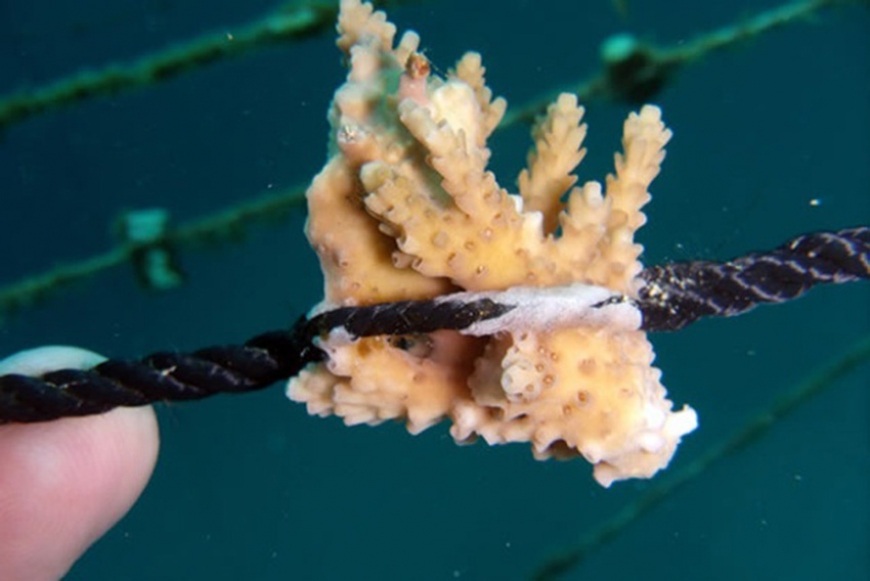 “We have grown over 50,000 coral fragments in our underwater nurseries and planted an area of about 6,000 square metres in the protected area of the Cousin Island Special Reserve, probably the world’s largest ongoing reef restoration project using the method called coral gardening,” said Nirmal Shah, the chief executive of Nature Seychelles.

Several other local organisations and tourism establishments have been inspired to make extra efforts to restore corals in underwater nurseries.

Underwater or in-water coral nurseries are done in the open water, allowing the corals to grow in natural conditions without lots of infrastructures, thus allowing large numbers of corals to grow at relatively low costs.

The Marine Conservation Society Seychelles (MCSS) along with other partners such as United Nations Development Programme (UNDP) through the Global Environment Facility (GEF) has also been working hard to restore corals in several areas. Some local hotels have also been undertaking community and hotel-led coral restoration in their surrounding waters.

Rowat said MCSS has so far has been using two methods of restoration, namely in-water nurseries to start off and the on-land nurseries controlled by chillers that is more controlled and is not being affected by the constant sea level rise and bleaching.The chairperson of MCSS, David Rowat, said, “The marine conservation organisation has so far established nurseries in various places such as in-water coral nurseries off Cerf Island since 2015, off Le Meridien Fisherman’s Cove since 2016 and off Northolme Hilton earlier this year.”

The organisation has two on-land nurseries each with around 200 coral colonies at Le Meridien Fisherman’s Cove and Allamanda Hilton hotel.

One of its largest in-water nurseries is the one at Cerf Island with close to 3,000 coral colonies funded by the GEF Small Grants Programme. This makes a total of almost 300 square metres of coral restoration beds.

“So far on our transplanted areas we have around 95 percent survival rate for the corals transplanted from the nursery; it is too soon to compare growth rates with non-transplanted corals in the same area,” he affirms.

More people and hotels in Seychelles, an archipelago in the western Indian Ocean, are becoming aware of the important role of corals on the ecosystem and the country. They have thus made it a national effort.

Shah says that although there is much interest by the public in coral reef restoration, a lot of care has to be taken because corals are not toys and the reef is not a playground.

“The coral reef is, next to the tropical rainforest, the most complex ecosystem on earth and we can’t expect to train just anybody to restore it, otherwise good intentions may lead to disaster,” he said.

He added that there are so few surviving coral reefs left in the granitic islands of Seychelles, the authorities have to very urgently get their own expertise so as to establish standards and protocols for coral reef restoration.

For the MCSS, going forward, Rowat said, their aim is to “restore two areas of 500 square metres each off Cerf Island and Anse Forbans. Seychelles has also submitted a grant application to the Adaptation Fund to develop much larger nurseries both in-water and on-land to help provide bleaching-resistant corals on a large scale for reef restoration activities.”

More in this category: « Seychelles News Agency: Blue economy, climate change top the agenda between Seychelles, New Zealand. As Japan makes its move in the Indian Ocean power play what will be the future of the Blue Economy? »
back to top