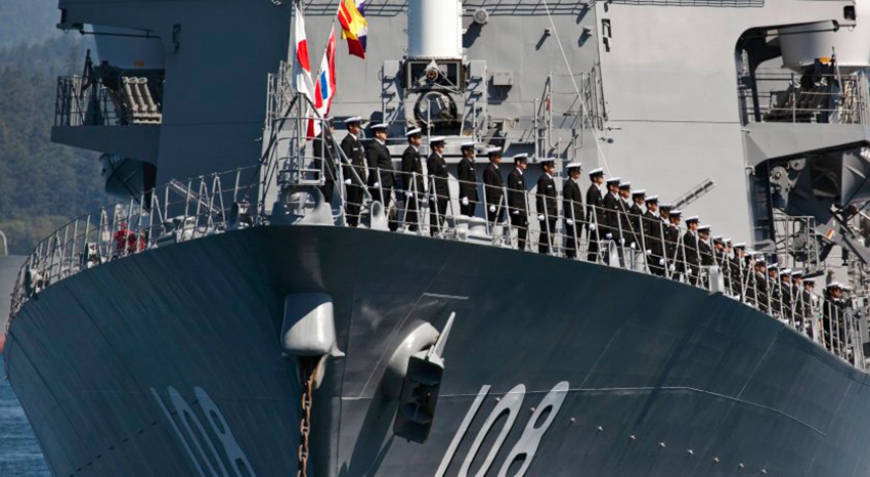 Sailors aboard the Akebono, a Japanese Maritime Self-Defense Force vessel. The ship called at the Sri Lankan port of Hambantota in April. © Reuters

As Seychelles signed up to China’s Belt and Road Initiative this week, against the background of its controversial decision to allow India to develop a naval base on Assumption island, it becomes the latest Indian Ocean nation to stumble into the power play of these 2 super- powers in this region.

Now, Japan has signaled that Tokyo is wading into the Indian Ocean, with Japanese Defense Minister Itsunori Onodera’s groundbreaking trip to Sri Lanka this week.

Japan has a strategic interest in Sri Lanka’s Hambantota Port. It reflects its “free and open seas” policy, which calls for a rules-based maritime system to ensure stability and prosperity.

Japan is looking to close ranks with India and Singapore and also develop Sri Lanka’s northeastern port of Trincomalee, the world’s second-deepest natural harbor, as a counterweight to China.

It’s therefore not a coincidence that Japan has this week officially announced it’s intention to open an Embassy in Seychelles.

Seychelles, and other smaller countries, which walked a tightrope between the US and the Soviet Union during the Cold War must prepare for another difficult balancing act as larger countries continue to move into this (once again) strategically important region.

Let us hope that the Blue Economy will not be sacrificed on the altar of geopolitical expediency.

More in this category: « Seychelles News Agency: Nature Seychelles, in effort to save coral, has grown 50,000 fragments in underwater nurseries Coral nurseries – preparing corals for the reef »
back to top