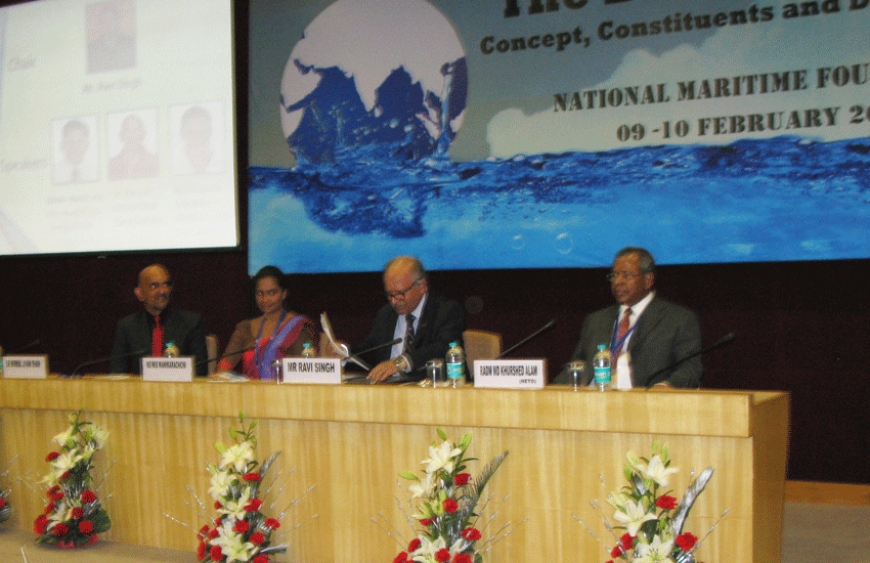 India is unleashing the Blue Economy

“If we want the Blue Economy game to change then India is a game changer”. Dr. Nirmal Jivan Shah, Chief Executive of Nature Seychelles said this in an article published in August 2015 at the end of former President James Michel’s State Visit to India.

Dr. Shah who was a member of the President’s delegation then was back in New Delhi recently to deliver a paper as an invited foreign expert at the international conference entitled The Blue Economy: Concept, Constituents and Development. He returned to Seychelles more convinced than ever that India is the country in the Indian Ocean that has the most to offer Seychelles in terms of the Blue Economy.

“India is moving in a very big way to realize the Blue Economy. India’s Prime Minister Modi has said that the blue hub of the central wheel in the Indian flag represents the ocean and that the ocean represents the next frontier for India,” Shah explains. “The conference was fascinating in that it revealed many of the ongoing as well as planned projects that India is undertaking to connect the Blue Economy dots.”

The conference was organized by the National Maritime Foundation, the Indian naval forces’ think tank. It plays a very important role in the development of policy as well as blue sky thinking for the government of India. The papers delivered at the conference will be published in a book to be issued by the international publishers, Routlege.

The conference themes were Blue Economy and sustainable development; habitat protection and ocean ecology; ocean governance and marine resources maritime security; industry and administration; and finally, the enablers of the Blue Economy.

“Different from other conferences I have been to, where there may be either a lot of scientific papers presented or if its UN-driven, a lot of problems discussed and recommendations made, this one showed how one very large country has understood the importance of the oceans and is trying in concrete ways to capture its potential” Shah says.

Some of the eminent speakers included the Chief of the Indian navy, the Minister for Road, Transport and Shipping, the Minister for Skill Development and Entrepreneurship and the CEO of the leading government think tank NITI (National Institution for Transforming India) as well as Indian scholars and experts from overseas.

“The dynamism in India was evident in the Ministers’ dialogue with us. They didn’t deliver prepared speeches but spoke knowledgeably about the subjects and interacted with the audience which also included many young cadets. I was surprised at how relevant to Seychelles was the issue of skilling in India as regards the Blue Economy, for example.

Another fascinating area was how India is planning Blue Economy clusters where research, industry and education hubs will be clustered to achieve synergy and maximum outputs – for us in such a small country as Seychelles this would be a very useful concept to emulate,” Shah pointed out.

Dr. Shahs’ invited paper was entitled ‘Implementing the Blue Economy: Marine Protected Areas and Integrated Coastal Management (ICM) in Seychelles’. Shah has been a pioneer of ICM in Seychelles and in the Western Indian Ocean region as well as a recognized expert in marine protected areas having managed Seychelles’ Marine Parks and more recently the award-winning Cousin Island Special Reserve.

One of the case studies he used in the presentation was Nature Seychelles’ Reef Rescuers, a ground breaking coral reef restoration program. “There was huge interest in this project and many wanted to know if we could assist in developing the same in India’s tropical islands like the Lakshadweep group,” Shah says.

Read 1980 times Last modified on Friday, 17 March 2017 06:21
Rate this item
(0 votes)
Tweet
More in this category: « Eager to get back to our coral babies "Nature Seychelles is not in favor of FADs for industrial tuna fishing" »