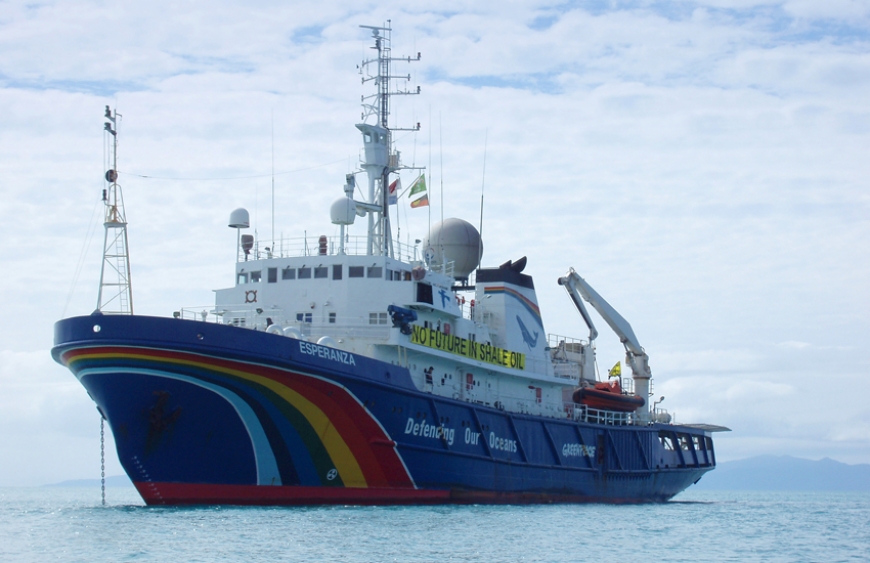 Greenpeace has sent its ship Esperanza to the Indian Ocean, where it is currently in the process of dismantling all Fish Aggregating Devices (FADs) that it encounters in the sea.

FADs are a major source of bycatch. They float on the surface of the sea and attract huge numbers of tuna, which makes it easier to scoop them up in industrial-sized purse seine nets and haul onto the fishing vessel. This also means that all other species swimming in the area, also attracted to the FAD, get caught too.

Following Greenpeace's announcement of it's new mission, TODAY, asked the chief executive officer (CEO) of Nature Seychelles to comment on the fishing practices being condemned by conservationists. Here is what Nirmal Shah had to say:

“Nature Seychelles is not in favor of FADs for industrial tuna fishing. As a founding member of the regional civil society association WIOTUNA, which is supported by the World Wildlife Fund (WWF), we are pushing this forward. I know what FADS are, having spent one month on a tuna purse seiner and having been involved in the construction and deployment of experimental FADS for the artisanal fishery."

Nirmal Shah insists that "FADS do not lead to sustainable fishing which is what the entire strategy has to be now in Seychelles." He added: "I also know Greenpeace well having worked with them on various platforms including when I was the head of the Seychelles delegation at the International Whaling Commission (IWC). They have a particular way of doing things. For us here we can use other ways of tackling the same problem. For example Nature Seychelles has been working with Thai Union on a project which we hope will eventually lead to them working with us as a long term partner where we can influence them to change certain practices.”

Nirmal Shah explained that conservationists have started a pioneering work which will lead to industry people helping to restore the ecosystem.

"We have discussed with Thai Union the funding of coral reef restoration and projects that aim to phase out FADS, " he revealed.

For his part, Julio Morón, Director of OPAGAC, an organisation that represents 40 Spanish purse seiners operating in the Atlantic, the Pacific and the Indian Ocean, has given his version of the story in a letter sent to TODAY.

"There are 23 supply vessels operating in the Indian Ocean. The investment made to build that fleet is estimated at around €200 million. On board those vessels there are over 480 fishermen employed on a permanent basis. The economic return that those vessels generate in Seychelles alone is estimated beyond the €7 million year relating to licensing, port calls, supplies, refuelling, etc."

For the Spanish, those who are asking for " an unjustified ban" on supply vessels are not fighting for the sustainability of the stocks, but are rather doing "self-promotion of business at the expense of my neighbour."