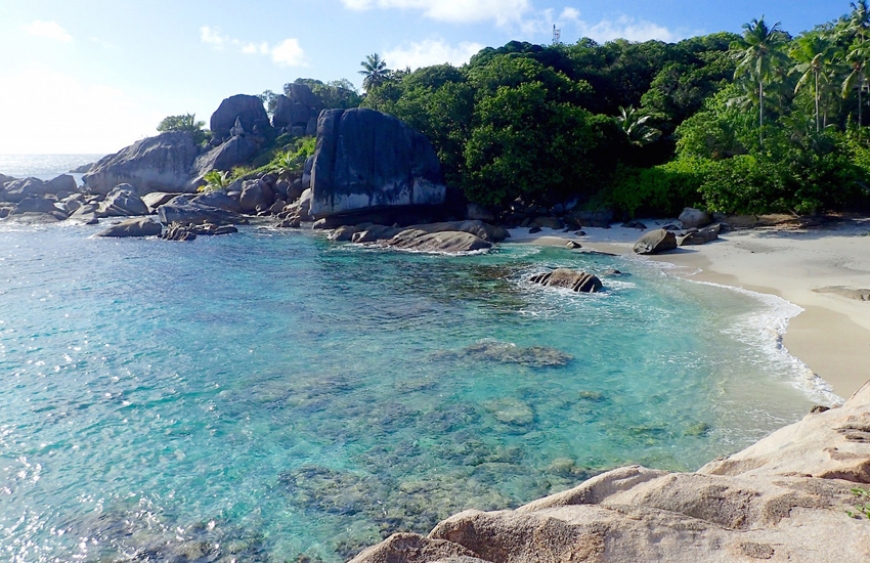 Albatross and the rough seas Featured

Nature Seychelles’ Reef Rescuers team was recently invited to collaborate with the Island Resort Six Senses Zil Pasyon and conduct a feasibility assessment. The main objective of this survey was to see if we could implement a Coral Garden Project within the Marine Protected Area (MPA) of Félicité Island.

Our primary contact on the island was the Sustainability Officer, Oscar Ignetik, who made sure our transport had been efficiently organised. Unfortunately for us the boat ride was something out of a “Wet and wild” theme park! It is rough weather season so we always found ourselves leaving the boat soaked from head to toe.

This was all forgotten when we first docked in the mooring harbour on Felicity and saw five baby black-tip reef shark foraging. This became a routine for us - seeing these beautiful creatures in the morning and afternoon.
Sharks are so majestic and when they are stalking their prey, their particular body design reminds me of an F18 Fighter Jet. Their young are so important to tropical marine ecosystems and should have size catch limits put on them so they are able to breed and replenish population stocks. Unfortunately, we have seen too many time babies fished and displayed at the fish or used for shark curries thus creating an enormous pressure on local shark populations. 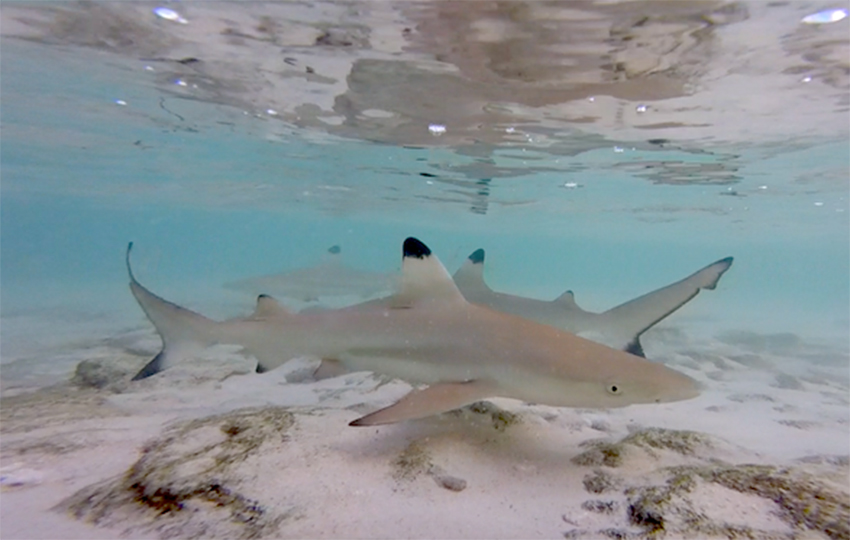 Being a Five Star Resort, we just had to visit the facilities and get a feel of what it means to be a five star guest. Something that stood out was the view of Coco, Little and Big sister islands from the restaurant. This was incredible and the proximity of Coco Island from Felicity was very close, easily accessible by guest via kayak.

The weather while on Island was very pleasant and mild; the staff housing had air conditioning which was set on extremely cold and could not be change because of damage to the remote or unite. Feeling cold for the first time in the Seychelles after two years caused us to put on our winter clothes. Although for the feasibility assessment general weather conditions were fine to complete our work.

The first two days was depressing for the Reef Rescuers due to the state of the reef sites, particularly the high coral death. The coral material around the Island was very limited causing us to doubt whether we could effectively do a Coral Garden project. By the third day, we were determined to not give up and keep our hopes high. 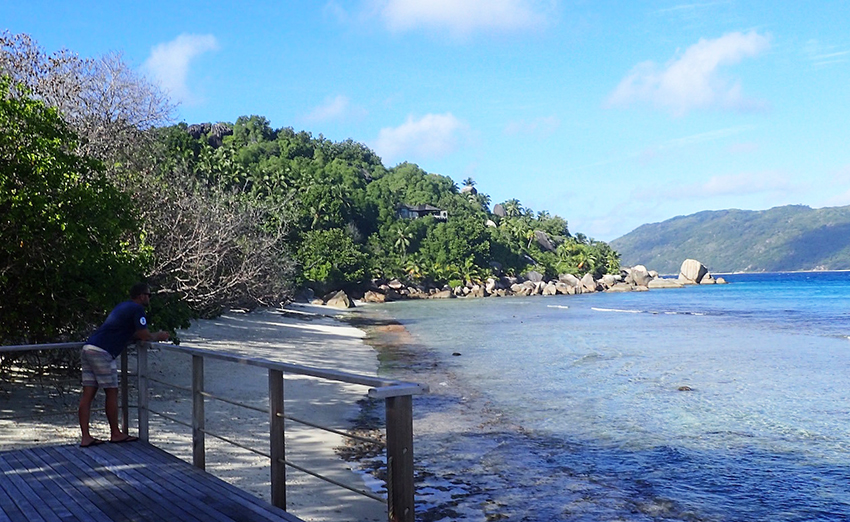 There was this one rocky outcrop that we nicknamed “vertical limits” due to how the granitic rocks on the north face were so vertical trailing to a relative depth of 16meters. More importantly, it held promise as being our donor site (the site where we could gather healthy coral fragments to be used in creating an underwater coral nursery).

It was only later that we were learnt that we were too late to the naming rights – our potential rock had already been named Albatross. Nonetheless, our work confirmed that the implementation of a coral gardening project within the MPA of felicity was feasible and we left the island with big ideas and high hopes.