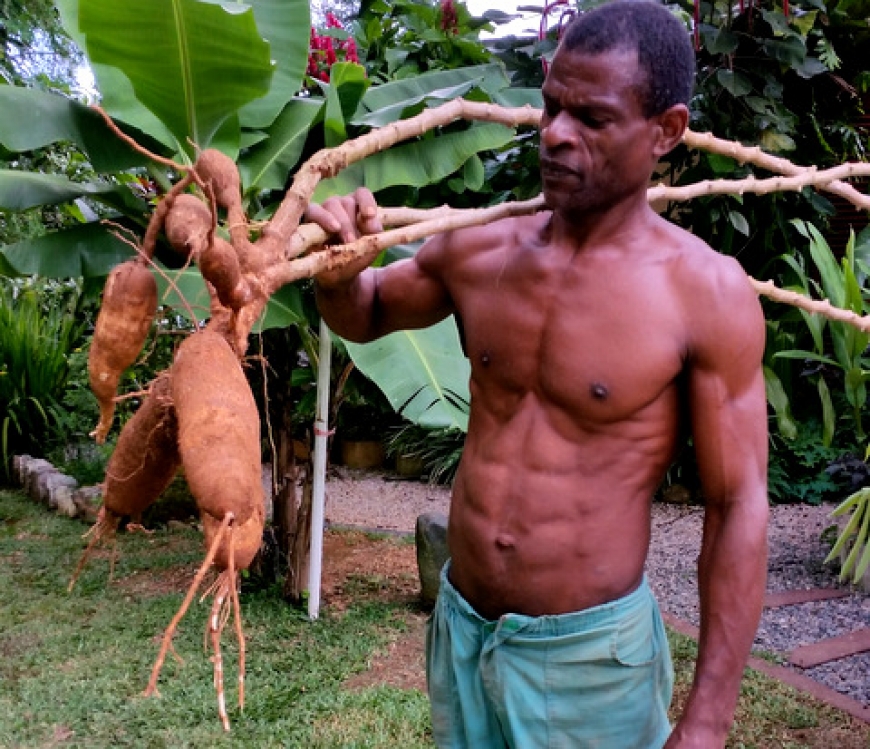 The reinvestment in agriculture in Seychelles is essential to the concrete realization of food and nutrition security. After a long period of investment dormancy, donor interest in revitalizing the sector has suddenly perked up, However, considering the ecological, climate, food and energy nexus, familiar to many Small Island Developing States (SIDS), the most pressing issue regarding reinvestment in the Seychelles’ agriculture sector is not how much, but how.

It is my contention that the country must, in the medium term, achieve a volte face of its agricultural systems towards modes of production that are productive, healthy to both people and ecosystems, financially sustainable within a WTO-influenced market , and at the end of the day contribute to the realization of food and nutrition security.

How do we get to from here to there though? I believe that, in terms of marketing and selling the entire sector (and not only the products and outputs), we need to quickly give agriculture a very serious make-over to make it “sexy” as well as getting it more in tune with 21st Century economies, lifestyles and thinking. In fact let me be provocative and say that we should be moving away from using terminology to do with agriculture (perceived as old fashioned, back breaking, low income, low social status) to using those to do with food systems (perceived as modern, entrepreneurial, socially acceptable, money-making). In other words, we need to reboot agriculture. I even suggested to the Minister for Agriculture that his Ministry is re-named the Ministry of Food Systems. This would also promote systems thinking rather than the conventional narrow sectoral approach.

In this context, there are several routes to be chosen. One of them must be agroecology, identified by the UN Special Rapporteur on the Right to Food, Olivier De Schutter as a mode of agricultural development which not only shows strong connections with the right to food, but has proven results for fast progress in realization of food and nutrition security (final report to the UN Human Rights Council). Agroecology also provides advantages that are complementary to better known conventional approaches. Importantly, it strongly contributes to sustainable development as described in the Seychelles Sustainable Development Strategy (SSDS).

For Seychelles, agroecology would deliver on many of the national sustainable development targets which would be biodiversity conservation, adaptation to climate change, reducing fossil fuel use, eliminating use of harmful synthetic pesticides and fertilizers, reducing the carbon footprint, reducing waste, recycling, and use of local resources. It supports the government’s economic strategies by emphasizing diversification, facilitating small entrepreneurs, empowering women and youth, involving NGOs and other civil society organizations, and creating a better macro-economic environment for food including connecting sustainable farming to markets.

To roll out the new approach, we need to catalyze young people into becoming socially and environmentally smart agro-entrepreneurs. By using agroecological principles as a starting point and expanding to include all forms of sustainable and climate smart production we could skill up youth who have been identified as potential change makers so as to transform thinking and practice regarding “agriculture” in Seychelles. By necessity though, a new and deeper type of engagement by the private sector and civil society organizations has to happen first. This is because Government cannot be expected to drive a paradigm shift based on new age thinking as well as entrepreneurship, but it can and should put in place the enabling environments to promote the engagement by the other actors. Whatever the case may be, the transformations need to happen sooner than later. In the words of Olivier De Schutter “…we have entered a new century, and the questions we face now are different from those of fifty years ago. A new paradigm focused on well-being, resilience and sustainability must be designed to replace the productivist paradigm.”

More in this category: « The Blue Economy, the SDGs and Innovation: We have to take the Path Less Travelled Economic inequality in a high income country: Can the Blue Economy Mind the Gap? »
back to top