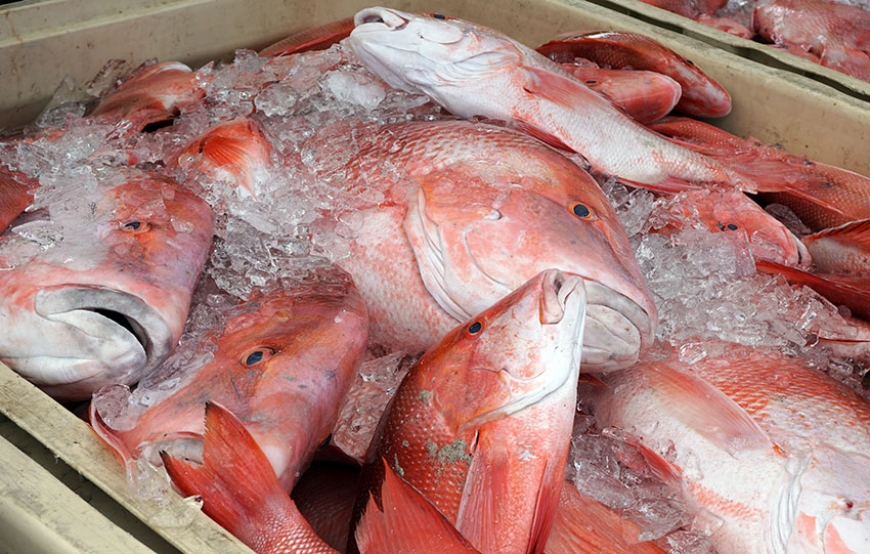 Today in Seychelles Saturday 22 February: Representatives of Seychelles' fishing community have been left stumped by government's surprise announcement that red snappers (bourzwa) will be banned from commercial exportation.

President Faure announced the ban, which is to commence as of 15 April, in State of the Nation Address on 20/2/2020. 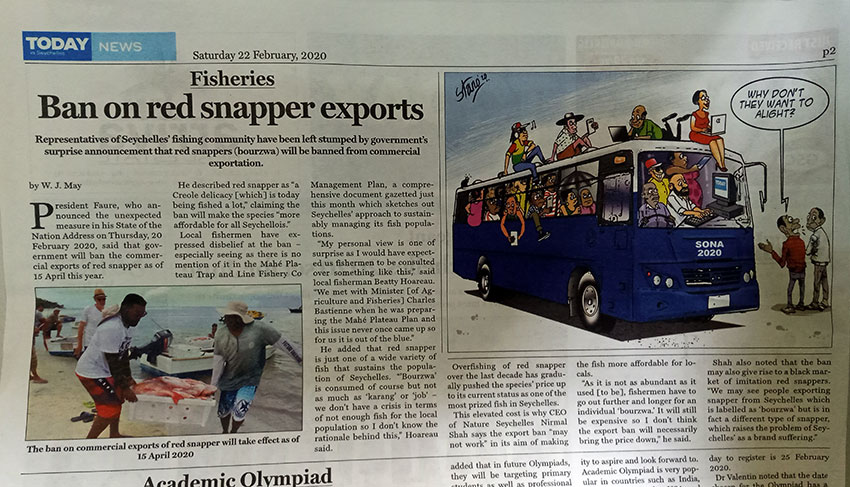 Today in Seychelles reports that "local fishermen have expressed disbelief at the ban - especially seeing as there is no mention of it in the Mahe Plateau Trap and Line Fishery Co-management Plan, a comprehensive document gazette this month which sketches out Seychelles approach to sustainably manage its fish populations."

Overfishing of Red snapper over the last decade has gradually pushed the species price up to its current state as one of the most prized fish in Seychelles.

This elevated cost is why the export ban "may not work" in its aim to make fish more affordable for locals, Dr. Nirmal Shah, Nature Seychelles Chief Executive says. "As it is not as abundant as it used to be, fishermen have to go further out and longer for an individual bourzwa. It will still be expensive so I don't think the export ban will necessarily bring the price down," he said. Sha also noted that the ban may give rise to a black market of imitation red snappers, which may cause the Seychelles brand to suffer.