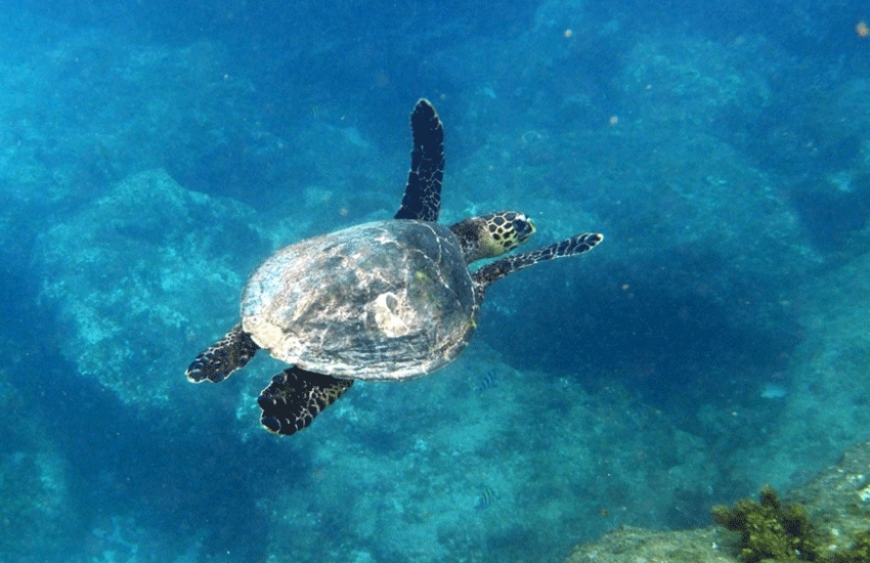 Now, finally, the oceans, which cover three quarters of the (unfortunately-named) Earth will be getting some of the attention they so richly deserve with the inclusion of Goal 14, the Ocean Goal, among the 17 Goals of the Sustainable Development Goals (SDGs). With the adoption of the SDGs, at the UN Summit that took place from 25 to 27 September 2015 at the UN General Assembly in New York, the “ocean moment” is here. The Seychelles Minister for Foreign Affairs and Transport Mr. Joel Morgan wholeheartedly supported the adoption of the SDGs and drew particular attention to Goal 14 in his address at the Summit. Goal 14 which is to “ Conserve and sustainably use the oceans, seas and marine resources for sustainable development,” contains 7 targets which cover issues of great concern to Seychelles including pollution, fishing, tourism, coastal zones, scientific research, and so forth (see Box).

From Sustainable Oceans to the Blue Economy
What does Goal 14 mean for Seychelles? I believe the implementation phase of Goal 14 should present the most coherent pathway for achieving national consensus around the Blue Economy. If we can mainstream national priorities across a Blue Economy dashboard, we can develop key performance indicators from the Targets to chart the progress of the Blue Economy. Indeed, there are several good reasons for using Goal 14 to unlock the Blue Economy treasure chest: unlike the MDGs, the SDGs were developed by all nations, and seem to have many more entry points for the private sector and civil society organizations than the MDGs ever did.

Worldwide collaboration
The SDGs are more globally collaborative than the MDGs. They have been produced by detailed international negotiations that have involved all developed and developing countries. The UN conducted the largest consultation program in its history to help in drawing up the SDGs. I hope this means there is a global vision and appetite for the successful implementation of the SDGs. I also hope this will result in more diverse and abundant funding opportunities for Seychelles, as well as South-South cooperation. With the uptake of the Blue Economy concept by large states like India, increased and targeted South-South cooperation is becoming a reality, and can be embedded in the implementation program of Goal 14.

Private Support
Businesses were by and large not engaged in the formulation and implementation for the MDGs. Today, the private sector has a far greater win-win role. Goal 14 should be the catalyst for new and innovative business investment and entrepreneurship that will make the changes necessary for roll out of the Blue Economy in Seychelles. The seductiveness of the Blue Economy lies in the thinking that it can mobilize large amounts of foreign investment. In fact, funding from foreign direct investments (FDIs) into Seychelles, notably in tourism, has been outperforming the traditional bilateral donor assistance. Public Private Partnerships (PPS) in our country have been slow in the making, but this is an area where the suspicion and reticence must be cleared in the face of a stunning fact confirmed by economists: domestic resources will probably fund the bulk of the implementation portfolio of the SDGs in most countries! Interestingly, the intergovernmental committee of experts on sustainable development financing said last year that public finance and development aid should fund the implementation of the SDGs, but noted that money from the private sector, through tax reforms and crackdown on illicit financial flows and on corruption, would be vital.

Cleaning coral nurseries - Under Nature Seychelles' Reef Rescuers Program, corals are being restored in the face of climate change

The skills gap is a red herring
Goal 14 also presents unparalleled opportunities for engagement by civil society. Experts say there is huge potential to use the SDG indicators to open up space for local action and local partnership. But, I am convinced that civil society has far more power and abilities to implement the SDGs than is currently believed. The use of NGOs in many countries to implement the MDGs at the lowest common denominator base has colored the perspective of governments and donors in this regard. Civil society organizations can, and should, do much more than community level work and a few in Seychelles have already implemented large national and regional projects. These have generated amazing new ideas, solutions and funding. Co-management, out-sourcing, and off-loading to civil society organizations can bridge the skills-gap, solve human capacity constraints and as a result improve absorptive, co-financing and implementation capabilities around Goal 14.

Going Glocal (no it’s not a disease!)
The time has come to solidify a “Glocal” (Global-Local nexus) transformation of our development processes. The acceptance, through Goal 14, that Oceans must take a front and center place in the world’s agenda is also the recognition that the Blue Economy concept being championed by Seychelles has found international traction. As for us in Seychelles, the search for solutions for the Blue Economy must also take guidance from what the international experts are saying about implementing the SDGs. Yes, the global development stage is changing and some of the new backdrop and storyline is finally ours. Let us seize the moment!

email: This email address is being protected from spambots. You need JavaScript enabled to view it.

Read 8638 times Last modified on Wednesday, 27 July 2016 07:25
Rate this item
(0 votes)
Tweet
More in this category: « If we want the game to change then India is a game changer Civil Society Wants a Voice in Tuna Fisheries Management »