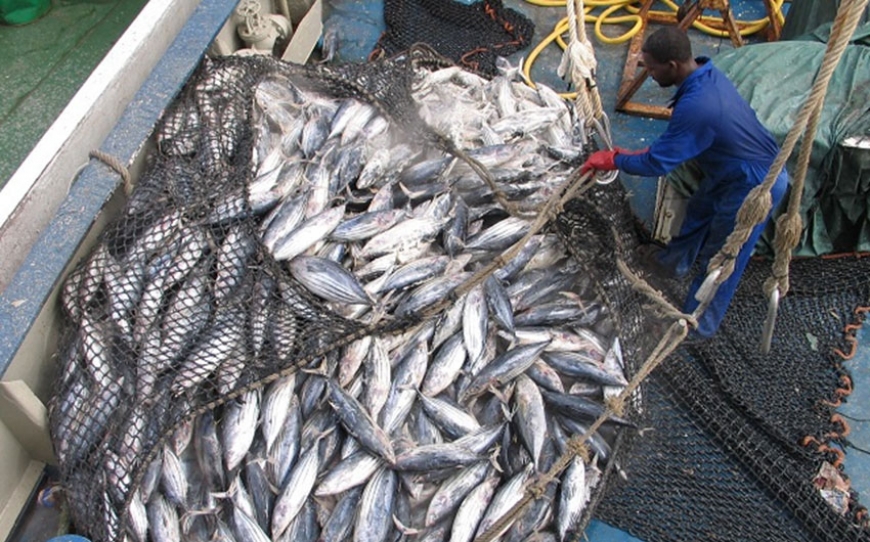 (Seychelles News Agency) - A Seychellois fisheries expert has expressed concerns over what he called the European Union's overfishing of yellowfin tuna in the Indian Ocean. The EU ambassador to Seychelles, meanwhile, says that the union is still investigating the official figures of 2018's Yellowfin catch obtained from its flagged vessels, with any amount overfished to be to reflected in future paybacks.

Nirmal Shah from Nature Seychelles expressed his concern in a press communique where he outlined that for 2018 "two different catch totals were provided for Spain's 2018 yellowfin catch. The EU reported a catch of 45,318 tonnes to the Indian Ocean Tuna Commission (IOTC) but published a total of 44,964 in its own journal."

"This discrepancy pales in comparison to the third catch total for Spain in 2018. On 21 October 2019, the IOTC's Working Party on Tropical Tunas (WPTT) met in Spain. During this meeting, scientists from IOTC member states became concerned and did not agree with Spain's catch data," wrote Shah.

Through an interview carried out with SNA over email, the EU ambassador to Seychelles, Vincent Degert, said that "for 2018, the EU is still investigating the official figures and it is important to know that all the figures before their final publication, are correlated with the estimates produced independently by the various scientific institutes from their samplings collected all year long."

"It should be clear that if, in the course of the current exercise, it appears that further corrections are needed, they will be reflected in the future paybacks," he added.

In 2017, IOTC implemented the decision to reduce yellowfin tuna catch by 15 percent beginning of 2017 using 2014 as the reference year, following studies showing the species was being overfished in the region.

The same year, in order to ensure that the fishing catches are closely monitored, the EU voluntarily decided to implement stricter rules, introducing a quota deduction mechanism - also known as payback mechanism - to ensure that the concerned EU Member States see their quotas of yellowfin tuna reduced in case of quota overshot.

Degert said that "the EU is fully aware of the state of the fragile conditions of the tuna stocks in the region."

"The problem has different root causes but I would recall that one of them comes from the Illegal, Unreported and Unregulated (IUU) fishing which accounts for 30 percent of the global catches and 10 percent of the tuna catches - equivalent to 190,000 tonnes - in the Indian Ocean according to international NGOs (non-governmental organisations)," explained Degert.

As the fisheries monitoring, control and surveillance body in the country, the Seychelles Fisheries Authority (SFA) said that the authority has an observer programme where officers are placed on purse-seiners fishing in Seychelles' waters to monitor catches.

Vincent Lucas, the chief fisheries officer at SFA, said that the authority will, as of January 1, 2020, be equipping all vessels fishing in Seychelles waters with electronic surveillance cameras that will assist their officers onboard vessels.

"We will be combining the two forms of surveillance so that the camera can capture what the observer might miss as they cannot be everywhere at the same time," said Lucas.