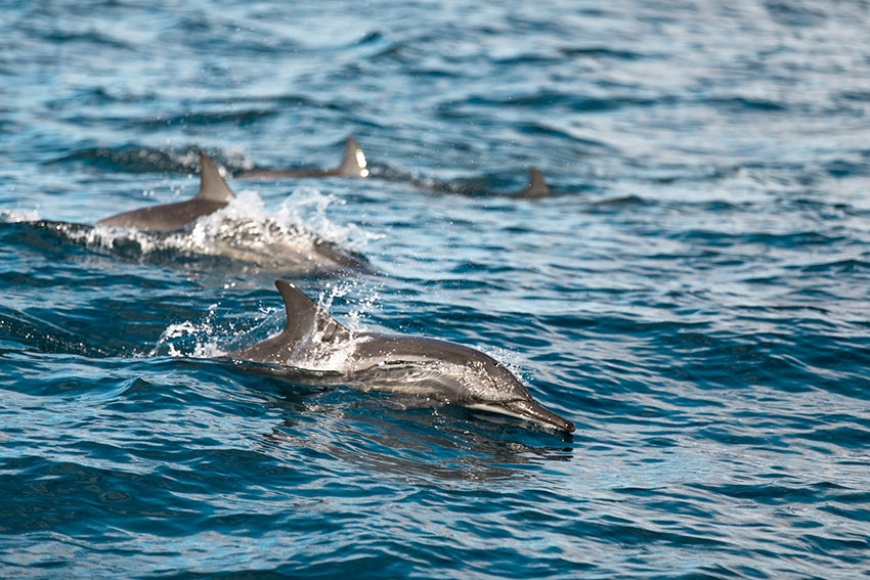 A study of how many dolphins are caught in tuna fishing nets estimates the mammals may now be at just 13 percent of their numbers prior to 1980. James Cook University’s Dr. Putu Mustika was part of an international group that looked at the bycatch from tuna gillnets (including driftnets) in the Indian Ocean. The group was led by Dr. Charles Anderson of the Manta Marine organization in the Maldives.

“We combined results from 10 bycatch sampling programs between 1981 and 2016 in Australia, Sri Lanka, India, and Pakistan to estimate bycatch rates for cetaceans (whales, dolphins, and porpoises) across all Indian Ocean tuna gillnet fisheries,” said Dr. Mustika.

She said while some of the official data may be unreliable, scientists had been able to come up with a credible picture of the dolphin catch.

“The vast majority of the cetacean bycatch is dolphins. Estimated cetacean bycatch peaked at almost 100,000 a year during 2004−2006, but has declined to 80,000 animals a year, despite an increase in the tuna gillnet fishing effort,” she said.

Dr. Mustika said the numbers may be substantially higher as the figures take little or no account of things such as delayed mortality of cetaceans that escape from the nets or mortality associated with ghost nets.

“But the declining cetacean bycatch rates shown by what we can measure suggest current mortality rates are not sustainable. The estimates we have developed show that average small cetacean abundance may currently be 13 percent of the 1980 levels,” she said.

Dr. Mustika said a UN ban on gillnets on the high seas is hard to enforce and tuna fishers are allowed to use gillnets within the territorial waters of states bordering the ocean.

“Cetacean bycatch in Indian Ocean tuna gillnet fisheries has been a concern for decades but has been poorly studied, reflecting the political reality that hundreds of thousands of relatively poor fishermen and their families rely on gillnet fisheries,” she said.

Tuna gillnets deployed in the Indian Ocean vary in length from 100 m to over 30 km in length, and less than 5 m to more than 20 m in depth.

The countries with the largest current gillnet catches of tuna and likely to have the largest cetacean bycatch are (in order): Iran, Indonesia, India, Sri Lanka, Pakistan, Oman, Yemen, UAE, and Tanzania.

Seychelles is not on the list. Commenting on this for Today in Seychelles newspaper, Dr. Nirmal Shah, Nature Seychelles Chief Executive said that this is because gillnets have long been banned in Seychelles. This is in addition to dolphins being strictly protected in Seychelles under the Fisheries Act. "Since the 1980s, there has been very strict law in Seychelles which means that harming, chasing or taking dolphins can lead to fines of hundreds of thousands of rupees and two years in jail," Shah said.

Shah said that dolphins are less frequently caught as by-catch in the seas around Seychelles as they do not school with tuna. "We do not know why, but dolphins and tuna do not school together in the western Indian Ocean. I remember in the 1990s, Greenpeace once came to Seychelles to inspect tuna canning factories expecting to find dolphins and I told them you won't find anything like that here. Even our observers generally don't see dolphins caught in nets."

James Cook University’s Dr. Putu Mustika was part of an international group that looked at the bycatch from tuna gillnets (including driftnets) in the Indian Ocean. The group was led by Dr Charles Anderson of the Manta Marine organisation in the Maldives.

Read 1010 times Last modified on Monday, 09 March 2020 05:50
Rate this item
(0 votes)
Tweet
More in this category: « Sri Lankan illegal fishing vessel is the first to be intercepted in 2020 MPAs, COVID-19, and the coming financial crisis: What impacts are practitioners already seeing, and how are they responding? »