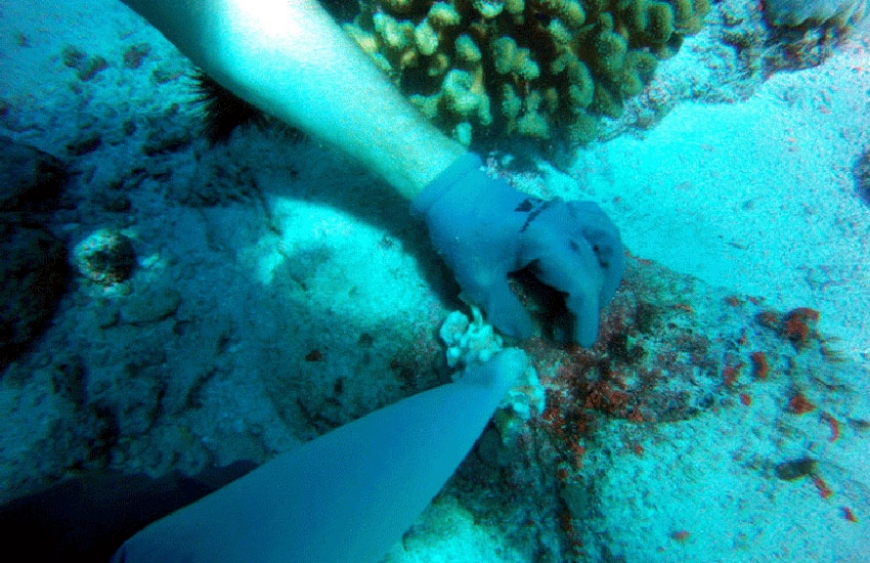 Natural infrastructure such as coral reefs, wetlands and beaches, or a combination of natural habitat and built infrastructure –a hybrid approach – such as a “living shorelines” can strengthen the resilience of coastal communities to storms, flooding, erosion and similar climate threats, a new study has revealed.

The study, published in Environmental Science and Policy, assesses many reports and peer-reviewed studies on the strengths and weaknesses of using built infrastructure, such as seawalls or dikes, natural infrastructure, or approaches which combine both in the United States. It focuses on how these approaches help coastal communities reduce their risk of flooding and erosion, as well as additional benefits, and the tradeoffs when decision makers choose one type over another.

The study although focused on the US is of direct relevance to Seychelles where extreme weather events are of great concern because it informs policy and decision-making regarding coastal defenses. Sea levels are rising and we are much more vulnerable to climate-related events. Investment in coastal protection needs to be made based on scientific and technical so we understand the costs and benefits of different methods.

“When making coastal protection decisions, it’s important to recognize that built infrastructure only provides benefits when storms are approaching, but natural and hybrid systems provide additional benefits, including opportunities for fishing and recreation, all the time,” said Ariana Sutton-Grier, Ph.D., the study’s lead author, member of the research faculty at University of Maryland and NOAA’s National Ocean Service ecosystem science adviser. “Natural and hybrid systems can also improve water quality, provide habitat for many important species, and mitigate carbon going into our atmosphere.”

Coastal flooding caused by extreme weather events and sea level rise is of growing global concern. The study says that in 2012 there were 11 weather and climate billion-dollar disaster events across the United States, including superstorm Sandy, causing 377 deaths and more than $110 billion in damages. While only two of those were coastal events, Sandy alone was responsible for nearly sixty percent of the damages, at $65 billion (the other, Hurricane Isaac, caused $3 billion in damage). Nationally, these made 2012 the second costliest year on record for weather disasters. Only 2005, which incurred $160 billion in damages due in part to four devastating coastal hurricanes, saw more.

In a book published by the World Bank and the Seychelles Government in 1995 I had predicted that storm surges and coastal development would collide. “Climate change and climate variability are likely to aggravate the impacts of unsustainable development of coastal areas and resources. In turn, these impacts will further exacerbate the vulnerability of coastal areas to climate change and associated sea level rise.” The worse impacts of recent storm surges on Mahe have been seen in areas where certain types of hard infrastructure has been placed on sandy dunes or berms. The NOAA study, like others, show that we must focus on soft and hybrid systems for coastal protection