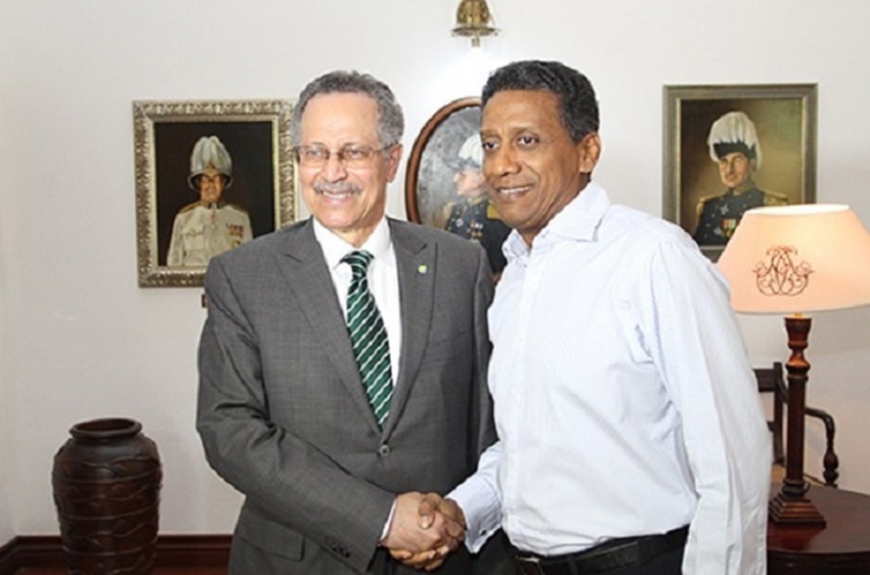 “We are fascinated to know that you have blue economy researches going on at the University of Seychelles. Speaking with the president was very informative and I conveyed our appreciation as we have learned so much through the things that Seychelles is doing as a leading Small Island Developing State,” Gomes told journalists.

“More importantly than that is the championing that Seychelles has given to how we see post-Cotonou partnership agreement between the ACP 79 countries and the 27 member states of the European Union,” he added

The ACP-EU Partnership Agreement, called the “Cotonou Agreement” was signed in 2000 in Cotonou, Benin. The agreement was designed to establish a comprehensive partnership with three pillars - development cooperation, political cooperation, and economic and trade cooperation.

In 2010, ACP-EU cooperation has been adapted to new challenges such as climate change, food security, regional integration, State fragility and aid effectiveness. Now that the agreement is coming to an end, ACP is looking to renegotiate another one.

Negotiations will start in October and are expected to last 18 months. The new agreement is to be signed and ratified by the European parliament by February 2020.

Gomes said that the agreement will “help us to build on areas of trade and expend trade from not only being the export of the primary commodities but to link trade with investment, services and industrialization.”

“We will also see development cooperation and development assistance in a much more creative and dynamic way in which we will link technology transfer and that is why we are fascinated to know that you have blue economy researches going on at the University of Seychelles,” said Gomes.

Before calling upon the president, Gomes met with Vice President Vincent Meriton, who also holds the blue economy portfolio.

“He has a very clear and comprehensive concept of the blue economy that links areas of the environment and the SDG14, oceans, marine services, marine resources, research but also to see where there can be income,” said Gomes.

The secretary general explained that incomes need to be generated in a realistic way.

“We spoke about value addition - a new approach to commodities. Adding value rather than just exporting the primary commodity. This means that we also had to look at what you can get out of the marine resources or the fishing areas through the work being done,” said the secretary general.

Gomes said that “ACP will be working with the Food and Agriculture Organization (FAO) to manage a project of $46.4 million that was just approved.”

The $46.4 million will be used over the next five years to look at areas in which marine resources and also fisheries and aquaculture can be developed.

Read 1479 times Last modified on Monday, 27 August 2018 12:50
Rate this item
(0 votes)
Tweet
More in this category: « Today in Seychelles: The Big Interview with Dr. Nirmal Shah “We will basically be pirates in our own waters” Seychelles News Agency: Blue economy, climate change top the agenda between Seychelles, New Zealand. »