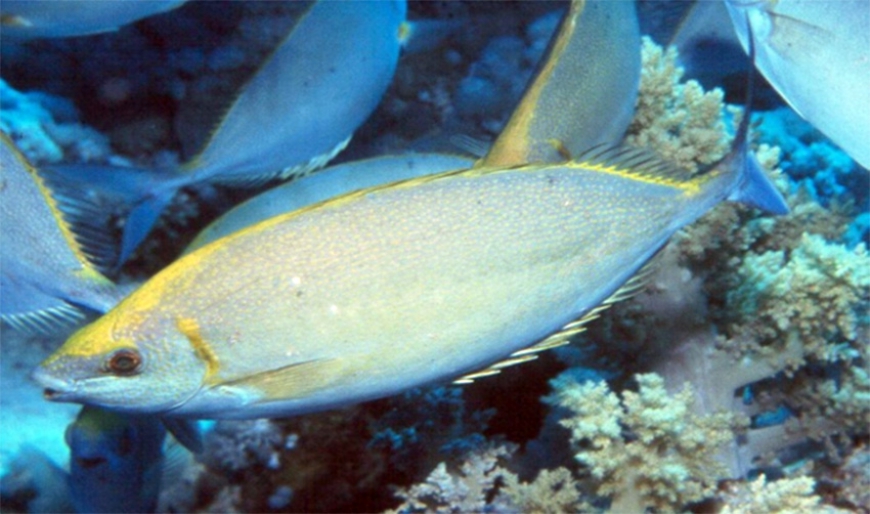 As Chloe Shute Nature Seychelles’ Reef Restoration Specialist explained, algae and other microorganisms, if not kept in check, can quickly colonise the ropes that hold the corals acting as direct competition. If not removed they can encroach on the coral itself potentially causing extensive tissue loss and even death. To keep the ropes free of Algae, our Reef Rescuers use the common and humble toothbrush, the back of knives and scrubbing brushes. 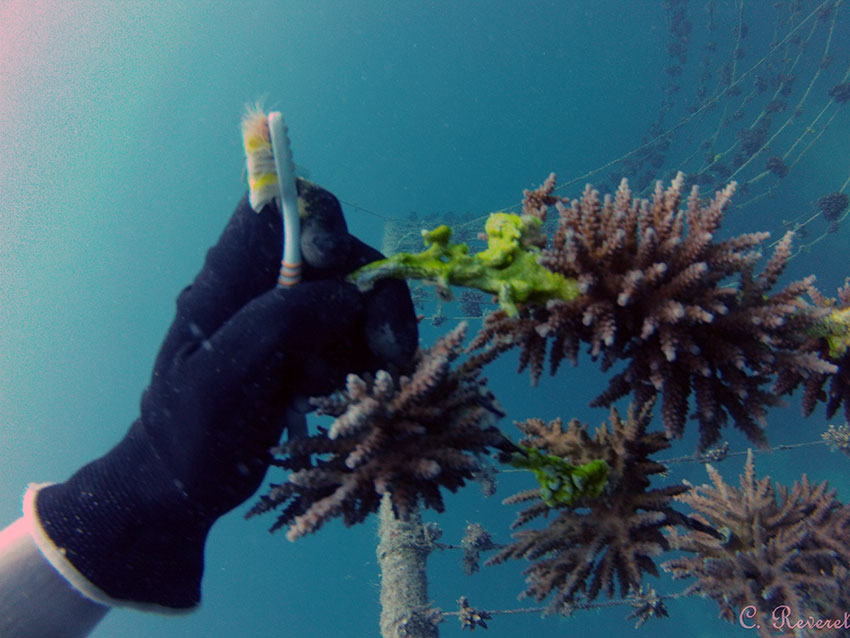 But recently, our Reef Rescuers on Félicité Island have had some extra help cleaning the ropes from Rabbitfish (Siganus corallinus) locally known as “Kordonnyen.”

“Lately we have had in our nursery a school of Rabbitfish helping us every day by eating the algae growing on the rope,” says Athina from the Reef Rescuers Félicité. “They have made our job a little bit easy and interesting as well.”

Rabbitfish are herbivorous. They contribute to reef health by feeding on algae and sea grass which could overgrow the reefs. Their name comes from this feeding behavior and somewhat rabbit-like mouths.

This is not the first time the Reef Rescuers have observed that coral fish can be allies in keeping nurseries clean.

In 2015, in an experiment they set up, Sarah Frias-Torres and colleagues - then with Nature Seychelles’ Reef Rescuers - investigated the ability of midwater coral nurseries to recruit fish assemblages and the potential for animal assisted cleaning at those nurseries.

They found out that the presence of fish assemblages, and their predatory effect on biofouling, reduced the amount of effort to clean the nurseries.