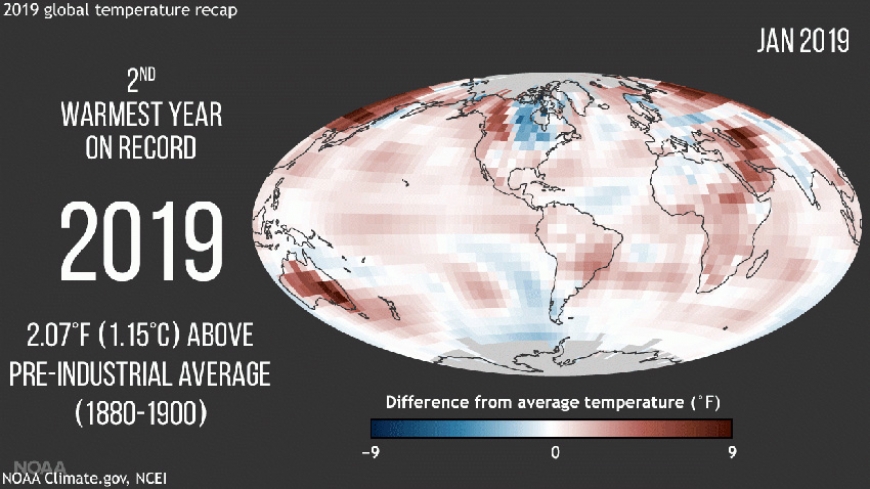 The last decade was earth's hottest in recorded history

Earth temperatures soared in the decade that just ended according to local and global reports, with 2019 being the second hottest year after 2016.

Two US agencies NASA (National Aeronautics and Space Administration) and NOAA (the US National Oceanic and Atmospheric Administration) said in a press release that Earth's global surface temperatures in 2019 were the second warmest since modern recordkeeping began in 1880. Globally, 2019 temperatures were second only to those of 2016 and continued the planet's long-term warming trend: the past five years have been the warmest of the last 140 years.

Using climate models and statistical analysis of global temperature data, scientists have concluded that this increase mostly has been driven by increased emissions into the atmosphere of carbon dioxide and other greenhouse gases produced by human activities. See more here: NOAA

Temperatures are only part of the story. The past year and decade have been characterized by retreating ice, record sea levels, increasing ocean heat and acidification, and extreme weather. These have combined to have major impacts on the health and well-being of both humans and the environment, the World Meteorological Organization has said after confirming that 2019 was the second hottest on record.