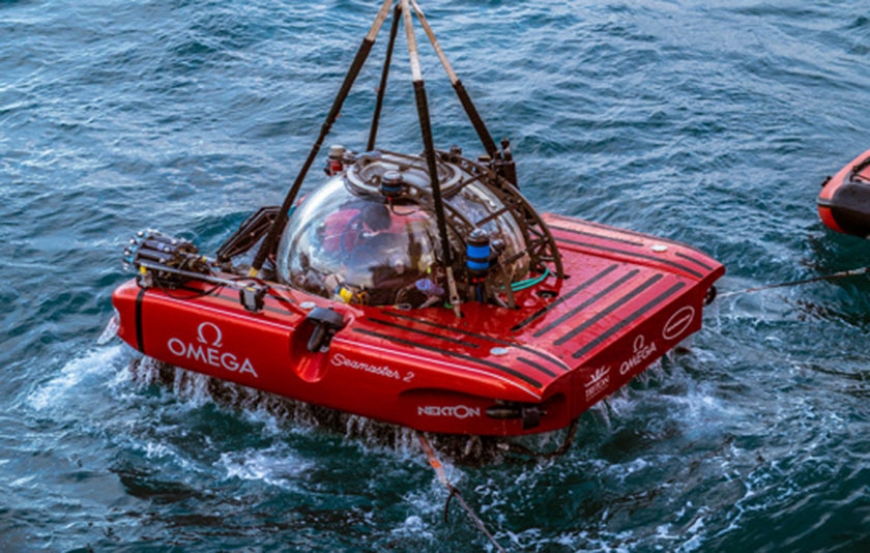 (Seychelles News Agency February 6, 2020) : A deep-sea mission by scientists to establish a baseline of marine life and the state of the ocean in Seychelles, the Maldives and the high seas of the central Indian Ocean will start March 16, State House said in a press release on Wednesday.

The 35-day mission which will start in Seychelles’ waters will be led by a team of 50 international scientists from Nekton and the University of Oxford.

The mission is called 'First Descent: Midnight Zone' as it will explore 1,000 to 4,000 metres below the surface where light barely reaches. The expedition will undertake the first research of seamounts in this area of the Indian Ocean.

Lucy Woodall, Nekton's Principal Scientist, University of Oxford, said that seamounts have high levels of biological diversity and biomass with a complex mosaic of habitats.

"They provide stepping stones between coastal areas that can act as nurseries for juvenile fish and are highly productive fishing grounds. Seamounts are poorly studied across the globe but are being increasingly impacted by human activities as technology allows exploitation of ocean resources at greater depths and distances from land," added Woodall.

For the research, Nekton, a not-for-profit organisation, is working with and on behalf of the governments of Seychelles and the Maldives.

The objectives of the research will be to support the sustainable governance of Seychelles and Maldivian oceans including the protection of 629,000 km square and gather critical data to define conservation and management priorities and the designation of Marine Protected Areas.

According to the press release, President Danny Faure said that a healthy planet needs a healthy ocean.

"The time to act is now. Seychelles is committed to ocean conservation and by the end of March, we will have 30 percent of our waters established as protected areas. Seychelles is demonstrating the scientific and economic case for sustainable ocean management and protection and we are delighted that other nations, like the Maldives, are taking leadership," said Faure.

On his side, the President of Maldives, Ibrahim Mohamid Solih, said that the ocean is a key part of each Maldivian and that 71 percent of them rely on the ocean for their primary source of income.

"We have committed to a five-year initiative to advance ocean protection and sustainably develop the blue economy. This expedition will help us establish the long-term sustainability of our economic growth, livelihoods and jobs through establishing marine protected areas to build ocean resilience,' said Solih.

'First Descent: Midnight Zone' is one of a series of expeditions that Nekton, a United Kingdom charitable research institute, is carrying out across the Indian Ocean documenting changes beneath the waves in a bid to catalyse 30 percent protection by 2030.

"The Indian Ocean is the least explored and least protected ocean. It is already home to nearly 2.7 billion people and by 2050 it will be home to half of the world's population. How the Indian Ocean changes, will profoundly affect the lives and livelihoods of billions of people," Oliver Steeds, Nekton Mission Director said.

The expedition will be using the world's most advanced deep-diving submersible alongside a dozen research tools including landers, sampling, sensor and mapping technology.

The expedition's Mothership, DSSV Pressure Drop, and submersible have just completed sea trials in the Mediterranean before beginning the journey towards Seychelles.

In March last year, Nekton launched a two-month underwater exploration of depths up to 500 metres of the waters of Seychelles, a group of 115 islands in the western Indian Ocean. During the exploration, President Faure became the first head of state to deliver a live address from a depth of 124 metres below the ocean surface during a submersible dive on April 14.