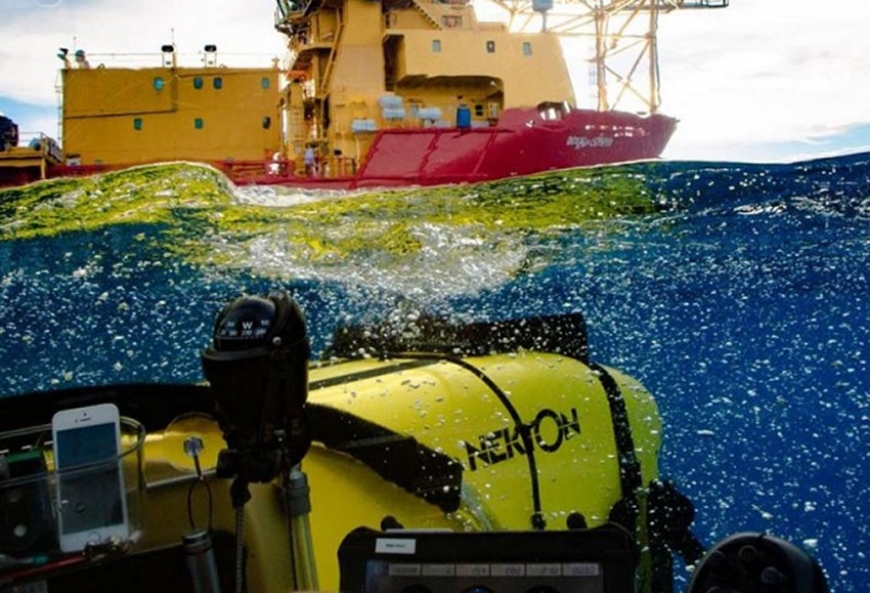 The exploration set to take place next month follows the successful mission in 2019 and will involve 50 international scientists, technicians, media and crew including from the two countries. (Nekton Mission)
12 February

(Seychelles News Agency 12/2/2020): A joint Nekton expedition in Seychelles’ and Maldives’ waters will for the first time provide information about seamounts — underwater mountains — in the Indian Ocean region.The exploration set to take place next month follows the successful mission in 2019 and will involve 50 international scientists, technicians, media and crew including from the two countries.

“The expedition will undertake the first research of seamounts in this area of the Indian Ocean. With high levels of biological endemism, seamounts are often described as ‘undersea Galapagoses’, home to species found nowhere else on the planet,” the Principal Secretary for Environment Alain Decommarmond told a recent news conference.

Seamounts are undersea mountains formed by volcanic activity. Scientists estimate there are at least 100,000 seamounts higher than 1,000 meters around the world.

Recent estimates suggest that taken together, seamounts encompass about 28.8 million square kilometres – a surface area larger than deserts, tundra, or any other single land-based global habitat on the planet.

Seamounts attract an abundance of marine life, many of which are endemic to individual locations. These areas are productive fishing grounds for more than 80 commercial species worldwide.

‘First Descent: Midnight Zone’ is one of a series of expeditions that Nekton, a charitable research institute based in the United Kingdom, is carrying out across the Indian Ocean documenting changes beneath the waves in a bid to catalyse 30% protection by 2030.

In Seychelles’ waters, two confirmed places have been spotted for the research which is located at the north of Bird Island and an area called Coco de Mer limit near to Seychelles Exclusive Economic Zone.

The team will be carrying out research to gather critical data to define conservation and management priorities and the designation of Marine Protected Areas in Seychelles and in the Maldives. This year’s expedition costs around $5 million and Seychelles will contribute around $22,000.

Another official from the environment department, Marie-May Muzungaile, explained that ​“when in Seychelles’ waters there will be two Seychellois accompanying the team and one Maldivian and when in Maldivian waters, only one Seychellois will participate in the research.”

In fact, one Seychellois, Sheena Talma who took part in last year’s expedition, will also be taking part in this mission, but this time with the Nekton team. Talma is on a one year programme with them.

The expedition will be using the world’s most advanced deep-diving submersible alongside a dozen research tools including landers, sampling, sensor and mapping technology.

Seychelles - 115 islands in the western Indian Ocean - made history last year, when during the expedition its head of state Danny Faure, delivered a live television address 124 meters below the ocean surface.