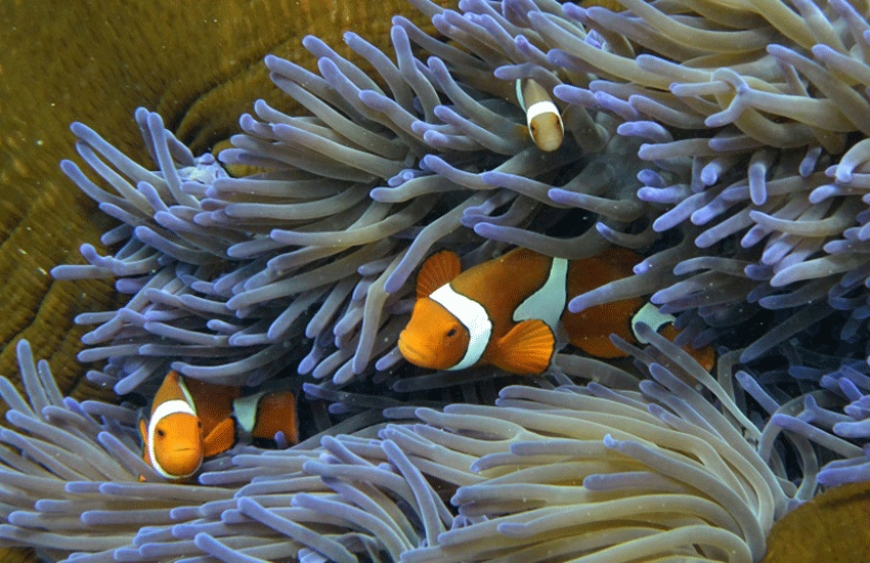 Coral reefs cover one percent of the ocean's area but are home to a quarter of its biodiversity, acting as habitat for thousands of marine species (AFP/File / WILLIAM WEST)
25 January

Sixteen years after the 1998 El Nino ravaged coral in the Indian Ocean's Seychelles archipelago, no reefs had recovered their original growth rates and barely a third were expanding at all, they reported in a study, the first to track coral health over a two-decade period.

As important, perhaps, were qualitative changes.

A dozen of 21 reefs tracked from 1994 were still struggling in 2014 against leafy algae, sea urchins and parrot fish to restore their original balance of shallow-water flora and fauna.

The rest underwent what marine biologists call a "regime shift", and are today composed of a new -- and far less diverse -- mix of corals.

"At any given site, there were at least 35 types of coral" in 1994, said lead author Fraser Januchowski-Hartley, a researcher from the University of Exeter. "Today, we see five to 10."

Four of the reefs only had two percent coral cover in 2014, and are likely to die out entirely.

Covering one percent of the ocean's area but home to a quarter of its biodiversity, coral reefs are extremely sensitive to temperature change.

They are also hugely important as incubators and habitat for thousands of marine species, and vital to the livelihoods of half-a-billion people around the world.

With barely one degree Celsius (1.8 degrees Fahrenheit) of manmade warming so far, corals have been devastated by rapidly warming waters that cause them to turn white.

Australia's Great Barrier Reef and the Maldives have been hit especially hard.

The cyclical weather phenomena known as El Nino, aggravated by climate change, is especially devastating -- the 2015-16 event was the most intense on record.

Januchowski-Hartley and colleagues looked at a key measure of how well corals recover after such traumas that had mostly been overlooked: the rate at which their rock-like formations either build up or erode.

"Much of the work on recovery from bleaching has been on easily measurable metrics, such as coral cover or fish abundance," he told AFP.

Corals are nourished by microscopic algae, called dinoflagellates, that live in vast colonies on their surface.

The algae consume nitrogen, phosphorus and other nutrients derived from the coral, and use light to transform those substances into energy.

The photosynthesis also liberates energy in the coral's tissue, enabling it to build the calcium skeletons that provide a habitat for these single-cell organisms.

When the coral is under stress, it sheds the dinoflagellates and whitens.

In the Seychelles, none of the 21 reefs monitored was as robust as in 1994, according to the study, published in the Royal Society's Proceedings B.

The future looks even bleaker.

Even before the 2015-2016 El Nino, about 70 percent of the archipelago's reefs were set to go into decline, the study found.

Will corals reefs survive? Yes and no, Januchowski-Hartley said.

"The picture-postcard reefs popularised by nature documentaries are likely to become much rarer by mid-century," he told AFP.

There will still be coral reefs, he added. But they will likely be biologically "impoverished" and will no longer support the ecosystems -- including humans -- they once did.

Read 850 times Last modified on Wednesday, 25 January 2017 09:22
Rate this item
(0 votes)
Tweet
More in this category: « Good news for lobster lovers: Lobster catch open until Feb Eager to get back to our coral babies »