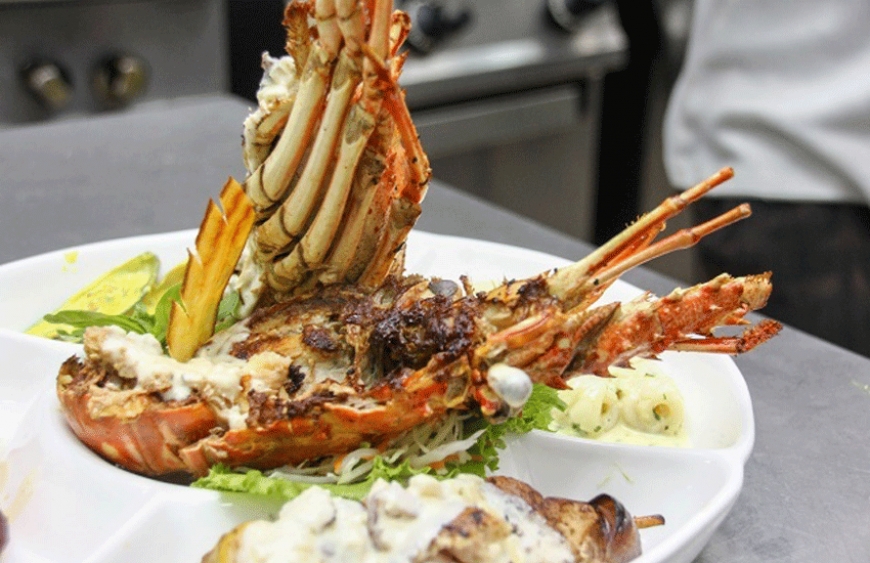 Seychelles News Agency; 18th January 2017; by Madiha Philo and Betymie Bonnelame - Another lobster harvesting season in Seychelles has been opened until February after a survey showed an increase in the number of the crustaceans in the island nation's waters, an officer from the Seychelles Fishing Authority (SFA) said.

SFA recorded an increase of lobsters caught in 2014/2015, and the authority analysed the data collected from independent fisheries surveys to assess the status of the stock in key sites.

The lobster harvesting period varies each open season but usually, lasts for three months, from November to January.

“An increase in the relative abundance of lobsters compared to the previous seasons indicated some recovery of the stock during the closed season,” Govinden said.

The senior fisheries scientist told SNA that as a control measure and to better manage the lobster stock during the fishery season, SFA reviews the number of licenses it issues to local fishermen every season.

The capture of lobster such as the Seychelles artisanal spiny lobster is carried out in shallow waters around Mahe, Praslin and La Digue -- the three main islands of the archipelago in the western Indian Ocean.

The main species caught are pronghorn spiny lobster, long-legged spiny lobster, painted spiny lobster and ornate spiny lobster. Fishermen either snorkel or skin dive to find these delicacies and the capture of egg-bearing females as well as those with a carapace length no greater than 7.5cm are strictly prohibited.

Govinden says that fishermen are required to fill out logbooks so that the authority can monitor their catch and fishing effort and the information is analysed along with the findings of their independent surveys.

During the off-season, SFA in collaboration with lobster fishermen carries out an independent review to assess the recovery of the lobster stock at 20 fishing sites along the western coast of Mahe. The next survey is due October this year.

Fresh lobsters caught in Seychelles are sold at an average of $23 (300 Seychelles Rupees) and above per kilo and are mainly bought by local hotels, restaurants and companies.