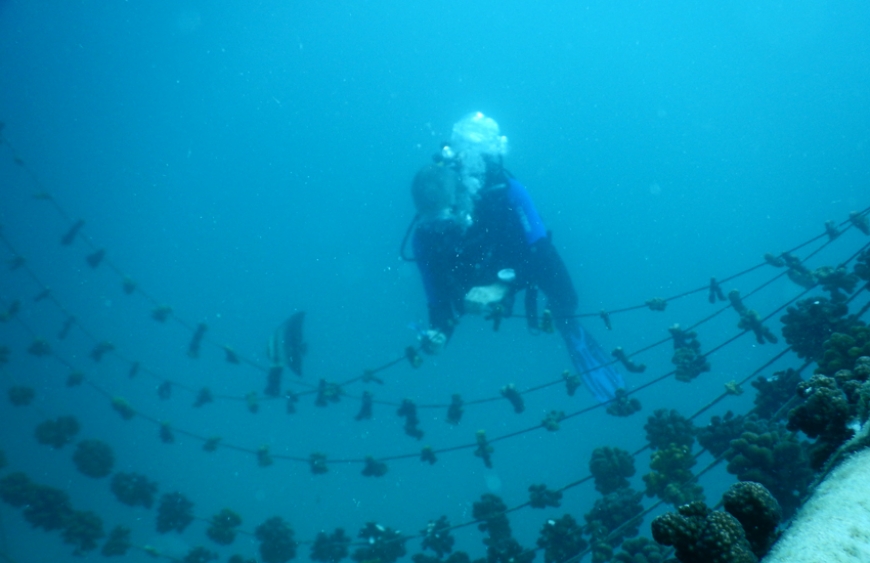 Dabbing colour back into our oceans, one coral at a time

INSIDE SEYCHELLES, Issue 7, October 2017:  When visiting the Seychelles you may want to spend your holiday lounging or sunbathing on the stunning white sandy beaches; or perhaps you are the more aquatic type into diving or snorkelling and want to enjoy the underwater beauty; maybe you are into fishing for pleasure or sport. Whichever of these brings you to this 115-island-strong archipelago, they are all dependent on coral reefs, healthy coral reefs.

Apart from tourism which is the main earner for this small island state, the livelihoods of the peoples of Seychelles, as of many other coastal communities depend on a thriving marine environment. Fish is a major component of the Seychelles diet, and artisanal as well as commercial fishing a major source of income. Without corals, there will be no fish.

More and more, climate change continues to pose a major threat on fragile marine ecosystems in the Western Indian Ocean region, including the Seychelles.

When you consider that Seychelles is more ocean (1.3 million km2) than land (450 km2), it is simple to understand why Nature Seychelles in 2010 launched the Reef Rescuers project whose aim as the name suggests, is coral reef restoration.

In 1998 there was a massive coral bleaching event in Seychelles as in other parts of the world caused by El Nino. 98% of corals in the Seychelles died. In 2004 and in 2010 there were even more corals dying leaving what was once a colourful coral world looking like a desolate underwater desert.

“As a youngster, whilst diving and snorkelling with my naturalist father, I spent many an hour admiring the abundant fish, sharks, turtles and thousands of other sea creatures found in the Seychelles waters,” says Dr Nirmal Shah, Nature Seychelles’ Chief Executive. “But since 1998 the reefs are almost all dead”

The wish to turn back the clock was what motivated Dr. Shah to start Seychelles first large scale coral reef restoration program The Reef Rescuers project which uses underwater coral gardening in its reef restoration work.

Coral fragments are collected from sites where corals survived the bleaching events. These are then tied onto ropes and grown for several months in the nurseries until they have reached roughly the size of a football. At this stage much like seedlings, they are then transplanted onto a designated site. 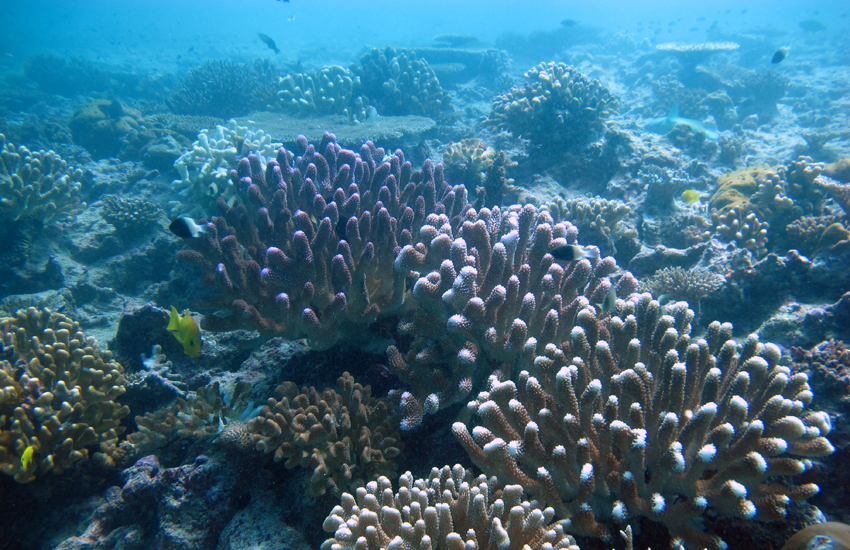 So far, over 50,000 coral fragments have been nurtured in these underwater nurseries and transplanted onto an area larger than a football field (over 5,400 km2) - the world’s largest coral reef restoration project. The site is located in the no-take marine protected area of Cousin Island Special Reserve, which is managed by Nature Seychelles.

But the work did not stop there, as Shah says “We cannot work in isolation because climate change affects all of us. We must share information and work on joint projects with other conservation organisations in the region if we hope to deliver any lasting solutions.”

In December 2013 Nature Seychelles in collaborated with Black Pearl Farm Ltd to ‘reseed’ the reefs of Praslin with aquaculture-raised giant clams. In May 2014, it was with Constance Lemuria Resort on Praslin Island to restore a coral garden at Petit Anse Kerlan. In September 2016, an MoU (Memorandum of Understanding) was signed with Reef Conservation, a Mauritius based organisation.

The most recent project is with Six Senses Zil Pasyon a Resort on Félicité Island. In July 2017 the Reef Rescuers team conducted a feasibility assessment to see if a coral gardening project within the Marine Protected Area (MPA) of this island was possible. The project is expected to take off in the coming months.

The last year saw the discovery and growing of “super corals” – corals that didn’t bleach at all. About 3,000 of these “X-Men Corals” as Dr. Shah likes to call them have been transplanted from the nurseries into the Cousin Island Special Reserve. 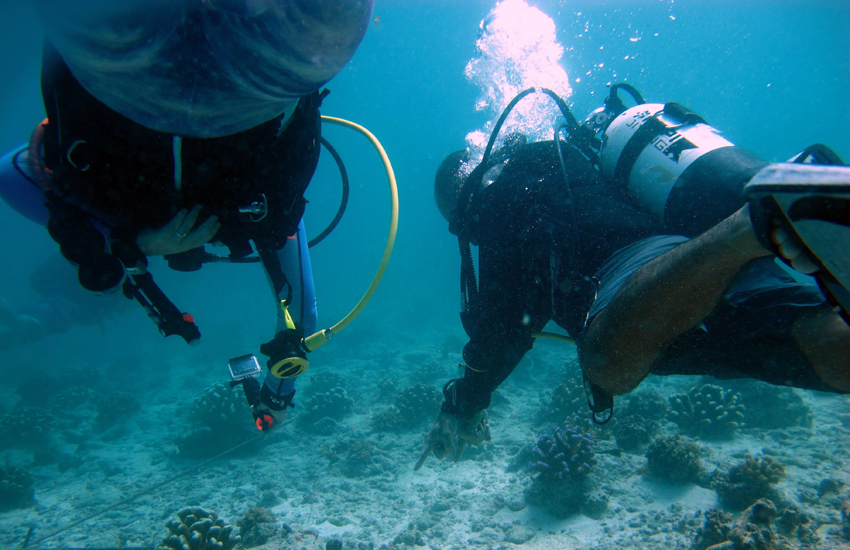 And then there is the knowledge-building aspect. In the initial stages of the Reef Rescuers project, 30 scientific divers were involved and trained on reef restoration techniques. In 2015 Nature Seychelles launched the first ever Reef Rescuers Training program in the region, with eight trainees from different parts of the world successfully completing the eight week training program.

A tool kit has also since been developed highlighting challenges and successes of the project. There have also been several papers authored by the Reef Rescuers team that have been accepted and published in internationally acclaimed scientific journals.

There is hope yet that more and more colour will be added to our oceans as the successes of this project are shared and emulated in the region and beyond.

The Reef Rescuers project began in 2010 with the financial support of United States Agency for International Development (USAID), and in 2011 further financial support was received under the Government of Seychelles-Global Environment Facility (GEF)-United Nations Development Project (UNDP) Protected Area Project.