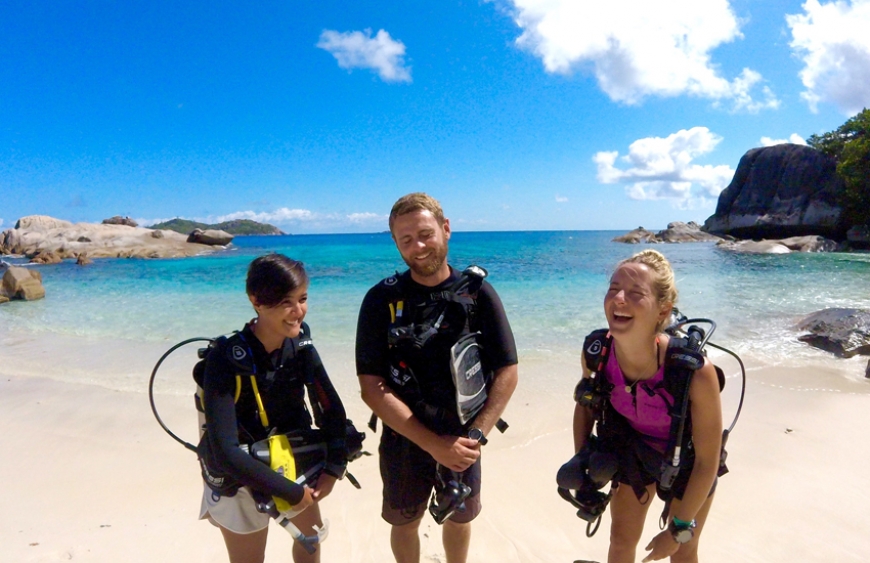 For the past two weeks, Nature Seychelles’ Reef Rescuers team stayed on Felicity Island to initiate a coral reef restoration project in partnership with the 5-star resort Six Senses Zil Pasyon. This 18-months project aims at restoring the coral population of Anse Péniche located on the North West side of Felicity Island within Coco Island National Park. This reef experienced widespread coral mortality during the 2016 coral-bleaching event and is showing no signs of natural recovery.

From October 9th to October 25th, the Reef Rescuers successfully implemented the first phase of the project: building the coral-nursery and stocking it with coral fragments. 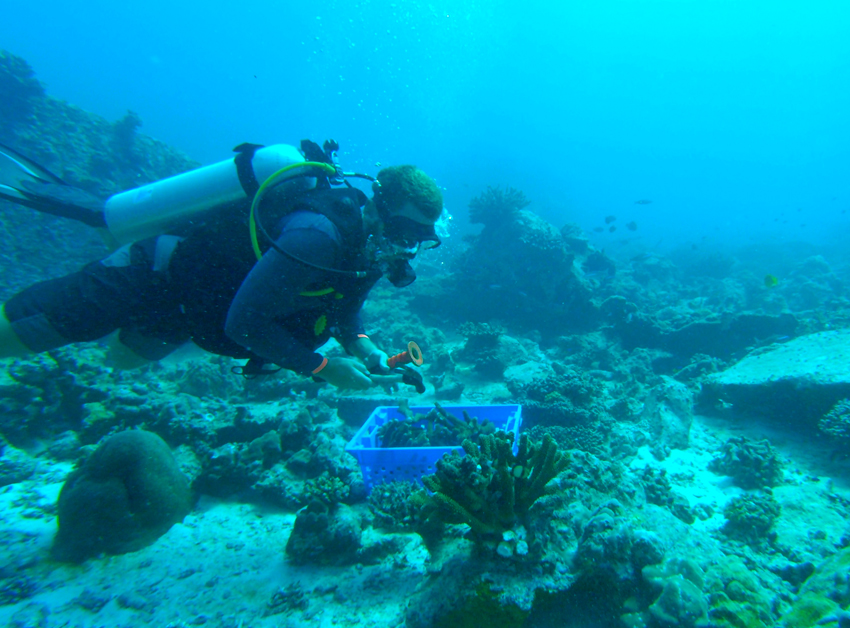 Building the nursery
The Reef Rescuers arrived at the resort with all the material necessary to build the nursery, with the exception of jerry cans, which were re-used from the resort’s kitchens. It took 4 days of intensive diving to construct the underwater nursery. This 20 by 6 meters floating structure consists of 10 anchor points (iron angle-bars) linked to 5 PVC pipes by ropes and kept afloat with jerry cans filled with air. Planting the iron angle-bars into the seafloor was the main challenge as it is a physical and air-consuming task at 13 meters under the surface.

Nursery building is as much a matter of strength as it is of precision. Angle-bars are planted into an ‘almost’ perfect rectangle and PVC pipes placed at equal depths, horizontal to each other and to the sea-surface.

Stocking the nursery
The feasibility assessment completed in June allowed us to find a suitable donor site to harvest coral material.

After the widespread impact of 2016, we didn’t want to further damage the reef by harvesting from the few live colonies that remained. However, on the project’s designated donor site (Albatross), we noticed many live colonies were dying due to an infestation by a coral-eating snail. The snail in question is naturally present on coral reefs and its population-density is usually in sustainable balance with the coral cover. However - with few corals left on the reef - there is now an imbalance between the populations of snail and coral, causing the snails to predate heavily on the few remaining coral colonies on this site. This new threat on the reef became an opportunity to kill two birds with one stone. 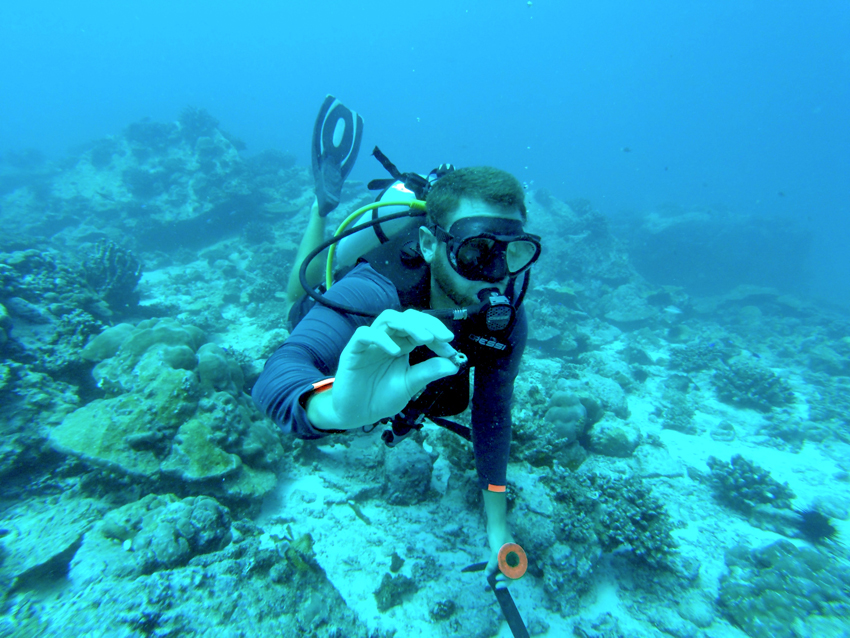 More specifically, harvesting from the snail-infested colonies at Albatross would allow to firstly provide coral material for the restoration project. Secondly, it would address a management strategy for the donor site by salvaging dying corals, fragmenting and stocking them on our coral nursery, and finally, replanting a percentage of the generated colonies back to the donor site to help natural recovery and mitigate our initial impact.

Most infested colonies found on the site belong to the coral genus Pocillopora spp. An estimated 20 infested colonies of Pocillopora spp. (P. grandis, P. indiana) were harvested and 1,704 fragments were stocked onto the coral-nursery. The fast growing species Acropora abrotanoides was also harvested as an experiment and 159 fragments were stoked onto the nursery.

In total the project generated 1,863 coral fragments from 3 coral species. 5% of the colonies generated will be returned to their site of origin, as a way to mitigate the impact of the project.

The fragments are expected to scar within a few weeks and sheet over their rope within 2 months. They will grow in the calm waters of the coral-nursery for a full year to reach the size of a football. Only then will they be ready to be transplanted onto the granitic rocks at Anse Péniche, Félicity, in October 2018. 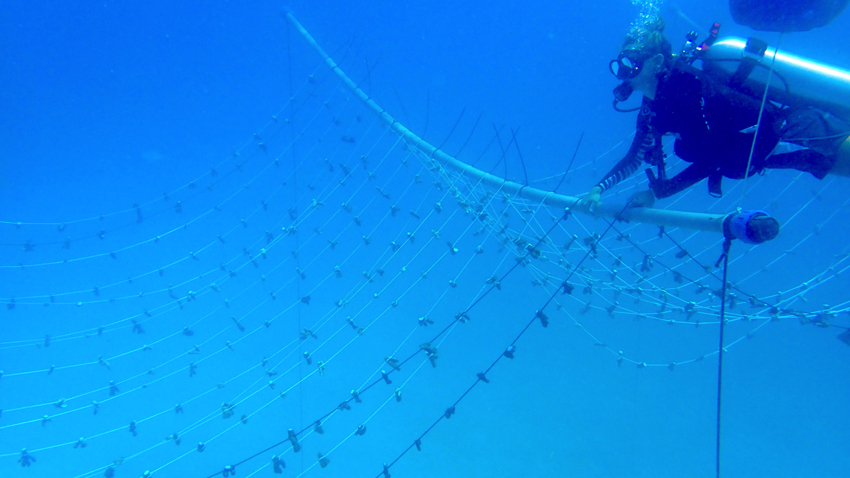