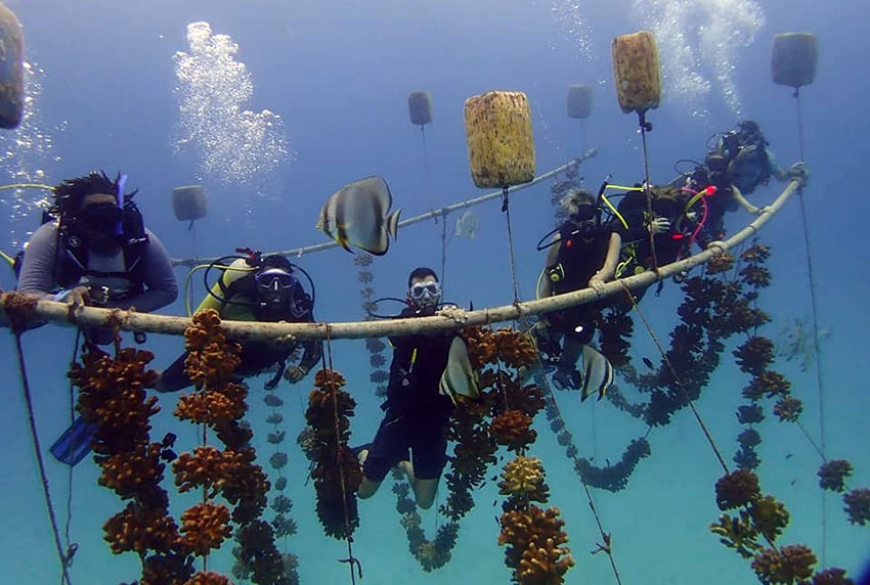 The 10-day session took place on Praslin, the second-biggest island, at the Centre for Ocean Restoration Awareness & Learning (CORAL).

The project was initiated by a local environmental conservation organisation -- Nature Seychelles -- with the support of a Colombian-based non-government body -- Corales De Paz.

Nature Seychelles has over the years established a regional network to assist other countries affected by climate change.

The six participating countries in the training from June 1-10 were Kenya, Tanzania, Mozambique, Madagascar, Mauritius and Rodrigues. 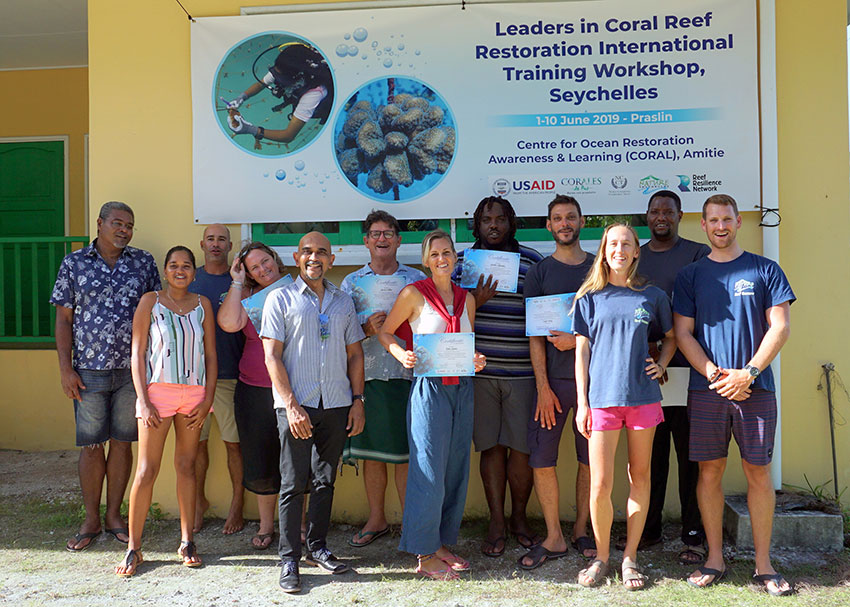 Participants were from six countries in the western Indian Ocean region. (Nature Seychelles)

“We have chosen these six participants because already they are already leaders in their field. They will be able to apply what they have learned as soon as they return to their specific country,” said Shah.

He added that Nature Seychelles wants to have a pool of experts who are highly-trained for future projects.

“We are expected to carry out a major coral reef project in the future and having a community of expert coral reef practitioners within the region, trained by us, to work on such projects will be a huge advantage”, said Shah.

The training was conducted by Phanor Montoya-Maya, the founder of Corales de Pa, an organisation specialising in coral reef restoration.

Montoya-Maya, who previously worked with Nature Seychelles on the Reef Rescuers project, said the aim of the workshop was for participants to grasp the concept of reef restoration in order to run successful projects in their respective countries.

“We know that there is not a single technique that will be successful across all altitudes. So our idea is to show them the general view of what is needed for a successful reef restoration project and then share with them the success of Nature Seychelles. Then they have to enrich it with what they have learned and from their own experience,” said Montoya-Maya.

Following the training, participants are expected to design a coral reef restoration project within a year. Nature Seychelles and Corales de Paz will have three follow-up meetings to help them set up their projects including securing funds. 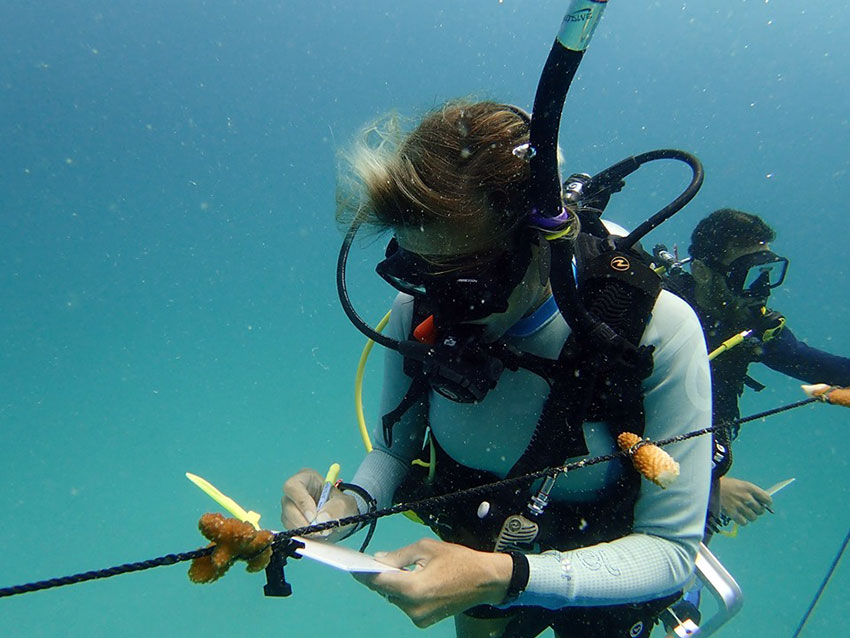 Participants learnt how to carry out a reef restoration. (Nature Seychelles)

“The idea is that they can start small-scale projects with our support and supervision, and that those concepts and skills that we shared still apply in a good way so that the discipline continues and that the reef can be rehabilitated,” said Montoya-Maya.

Mozambican marine biologist Erwan Sola plans to have his project up and running by the end of the year.

Mozambique was badly-hit by two cyclones earlier this year and according to Sola, the effect of the cyclones destroyed the country’s coral reef, a big source of revenue for many people.

“I have received hands-on practical experience which will be invaluable when I go back and apply it on the field,” Sola told SNA.

Christopher Speville, who is a scuba diver from Rodrigues island, has been involved in small scale reef restoration in his country.

He said the training was an eye-opener as he has learned a new technique to restore the reefs which are not only damaged by climate change but by humans.

“In Rodrigues, women walk on reefs in search of octopus. I have learned that the coral that is damaged can be collected and replanted in underwater nurseries and then used to rehabilitate the reef. The coral gardening concept was fascinating,” he said.

For the past eight years, Nature Seychelles has been pioneering coral reef restoration project in the Seychelles, an archipelago in the western Indian Ocean. The project called the ‘Reef Rescuers’ is being done with the financial assistance of the United States Agency for International Development (USAID).

The coral reef gardening concept has raised over 45,000 corals fragments in underwater nurseries and transplanted over 26,000 onto the affected reef at Cousin Island Special Reserve.